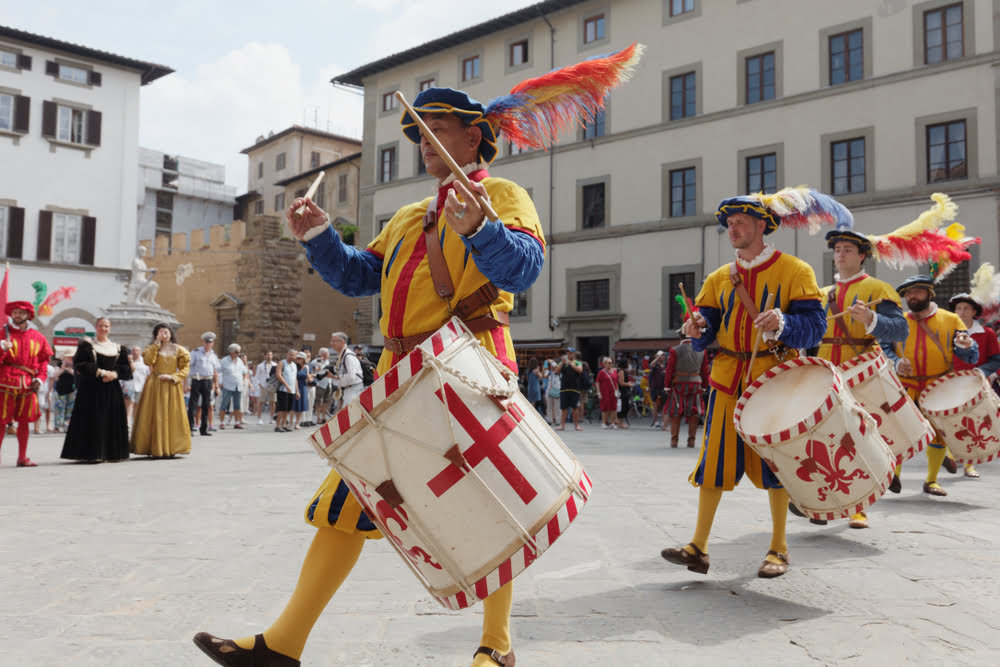 The folk traditions of Tuscans have always distinguished the uses and customs of the inhabitants of Tuscany. While in past centuries they were common in everyday life, nowadays most of the traditions are re-enactments of the life of the past.

Art, Culture, and Traditions of Tuscans:

The procession of San Lorenzo is one example. On August 10th, San Lorenzo is celebrated, the patron of the city of Grosseto. The celebrations begin the evening before – the 9th of August – with a fascinating procession that crosses the streets of the city center, before ending in the Cathedral with the Holy Blessing imparted by the bishop. This event has always been followed by a large crowd of Tuscans and also foreign and Italian tourists. The procession is opened by a cart drawn by strong oxen from Alberese. On the cart,  we find the bishop and the wooden statue of the saint, which is showed to the audience during the entire procession along the streets of the historic center. The cart is followed by the “butteri”, a sort of traditional cowboys, that ride horses from the Maremma. Immediately after these cowboys, the city authorities, the priests, and the prayers follow. Once arrived in Piazza Dante, the cart is stopped in front of the Cathedral and here the statue of San Lorenzo is put back in its place inside the church.

Another historical re-enactment of Tuscans is the Palio delle Contrade Città di Fucecchio, born from a revisitation of an ancient Palio dated 1200. The last Palio disputed in Fucecchio dates back to 1863. The definitive abandonment of this tradition lasted up to 1981, the year in which it has been decided to bring this challenge back. The event takes place inside the “ex quarry of Andrea”, commonly called by the citizens of Fucecchio “La Buca”, a natural hippodrome. The Palio is now a tradition alive all year round and that intensifies in the week before the penultimate Sunday of May. The participants in the Palio di Fucecchio are the twelve districts into which the city is divided. Initially, the districts were sixteen, but four were eliminated because of the distance to the city center.

Another folkloristic festival is the Palio Marinaro, a rowing competition that takes place in Livorno, in the sea waters in front of the Terrazza Mascagni, and that sees the sixteen city districts challenge each other. It is the oldest and most important competition for Tuscans in Livorno. The origins of the Palio Marinaro are ancient; however, the current regulations date back to the second post-war period. The city districts challenge each other in two distinct categories, either with ten or four oar boats. The Palio Marinaro is won by the winner in the ten-oar race, while the last classified is relegated to the four-oared category for the next edition. At the same time, the winner of the four-oared-race is promoted to the ten-oared category for the coming year.

Tuscany is a land full of culture and traditions. These are just three of the most impressive examples that we can find in this region. However, whichever the time of the year, you will find interesting traditions to discover.

How I Trick Myself Into Cleaning My House

The Quick Guide To New Home Constructions For The Homebuyer

3 Types of Behavior That Constitute Sexual...

Why Copper Recycling Helps The Environment

What Is Considered Non-Emergency Medical Transportation?

How To Fight Back Against Sexual Abuse

6 Things You Didn’t Know About Police...