Black women have been influential in many areas of society throughout history. From science and medicine to Civil Rights and entertainment, Black women have helped shape the world into what it is today. And while there are most definitely notable Black women who you have heard of, there are also many Black women in history who do not get the spotlight they truly deserve.

In this article, we take a look at Black history facts about women who changed history. Some names you may recognize, and others may be inspiring in a whole new way. 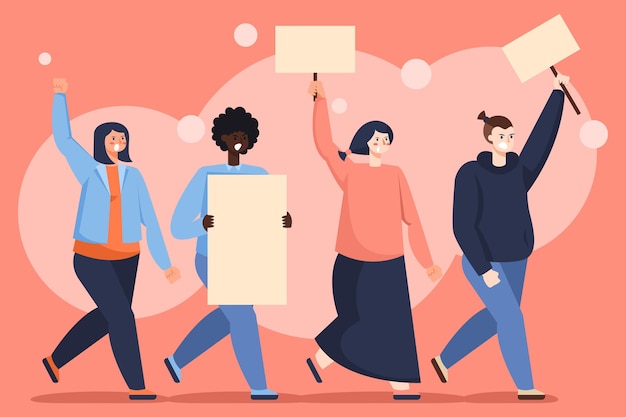 Let’s take a look at 6 Black women who changed history and how they have impacted society as we know it.

Rebecca Crumpler was a nurse for eight years in the 1840s and 1850s but had no formal training. Not one to shy away from hard work, Crumpler was granted admission into the New England Female Medical College in 1860. She graduated in just four years with her M.D.

At the end of the Civil War, she moved to Virginia and provided medical care to freed slaves and their families. She particularly focused on diseases affecting women and children. Later, she opened a clinic in Boston, where she saw poverty-stricken patients and never discriminated based on their ability to pay.

Little is known about Phyllis Wheatley’s early life, and her contributions to literature are not frequently highlighted. What we do know is that she was sold to the Boston-area Wheatley family around the 1760s. The Wheatley family taught the young girl to read and write, and encouraged her to develop her talent for poetry. When Wheatley was only 12 years old, her first poem was published, making her the first female African American author to be published.

Over her life, McDaniel had roles in more than 300 films. She was inducted into the Black Filmmakers Hall of Fame in 2006 and was featured on a postage stamp. Despite her success, many criticized McDaniel for accepting roles as servants or roles deemed “lesser” than those of her white peers. Nevertheless, she enjoyed quite a full career and did, in fact, pave the way for future African American actresses.

Josephine Baker is most well known for being a talented performer. She faced a great deal of discrimination in the United States during her time performing in the 1930s. After marrying a Frenchman, she moved to Paris. She renounced her U.S. citizenship.

When Nazis began occupying Paris in 1940, Baker became a spy for the allies. As she traveled Europe performing, she concealed messages in costumes and sheet music and delivered them to other spies. Her status at social events also gave her the opportunity to eavesdrop and transfer information.

She refused. She was arrested and put in jail for a brief time. Civil Rights groups in Alabama considered rallying in support of Colvin but would go on to focus on the Rosa Parks case in December 1955.

Colvin was one of four plaintiffs listed in the case Browder v. Gayle in 1956, which was a landmark case ruling that segregation laws in Montgomery and across the state were unconstitutional.

Madam Walker was an entrepreneur well ahead of her time. She was born in 1867 to slaves living in Louisiana. As an adult, she created a cosmetics and hair care line specifically for African American women. She amassed success and wealth and became the first female self-made millionaire in the U.S. She is known for her success and philanthropic work, and as a force in educating African American business owners.

The six women we discuss here are not always the first names that top the list of notable figures in society. However, their contributions to society have helped change the world for the better. It is important, now more than ever, to remember how important Black women have been, and continue to be, toward making the world a better place.

What Do I Need To Do When Getting Translations From An Audio Translation Service?

What Is Kindercore? The Most Fun Design Aesthetic for your home

6 Things You Didn’t Know About Police...

What Is Considered Non-Emergency Medical Transportation?

3 Occasions When You Can File A...