The Dos and Don’ts of Couples Halloween Costumes 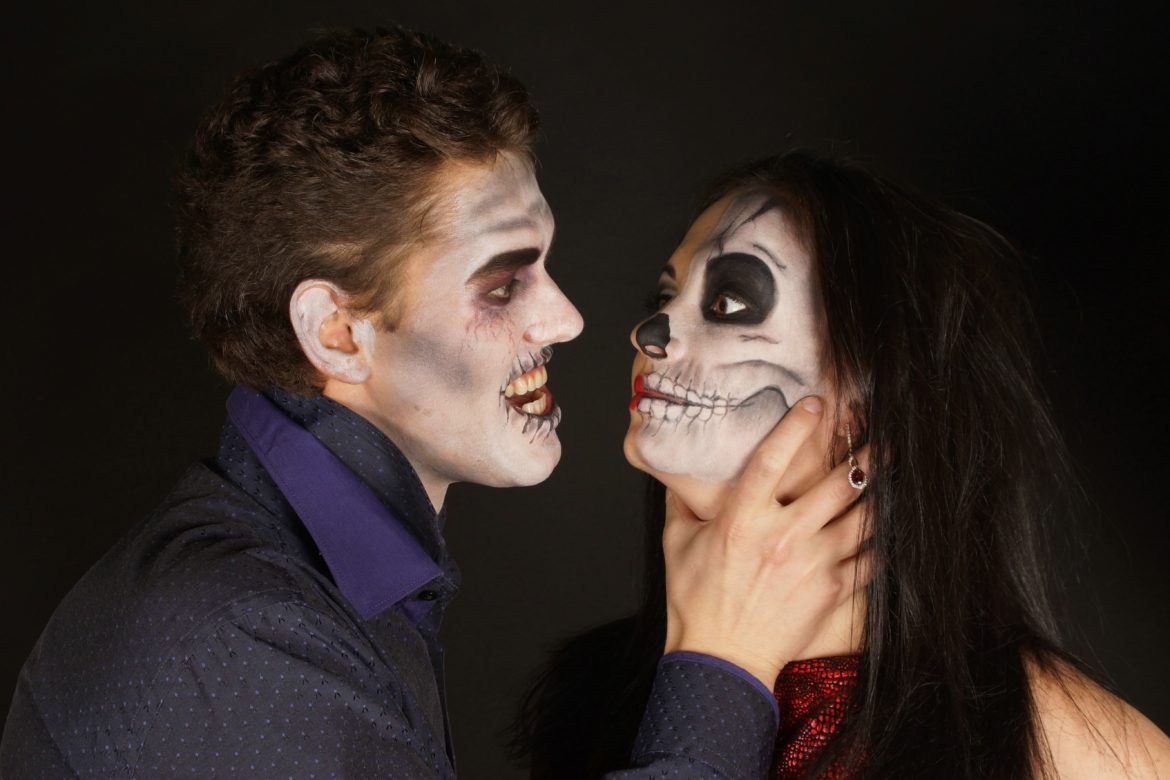 With couples on Halloween, there’s always the temptation to go the joint costume route. A good themed costume can reflect your shared interests and/or let you show off in front of your friends. We’ve all seen a great couple of Halloween costumes, and also ones that made us wish it was Thanksgiving already.
Loveawake.com dating did a survey among their clients to find out they are some dos and dont’s for your couples costumes this All Hallow’s Eve. Read this excellent source of actionable first-hand information about what’s working and what’s not.

Lock and key. Ball and chain. Moth and lightbulb. We get it, you guys hate being apart. No one wants to see the most literal metaphor for your sex life possible.

Do: Flip the gender roles:

The standard male/female costume roles are pretty dull.  Why not flip the script? You’re Edward, and he’s Bella. He’s Elizabeth Swann, you’re Jack Sparrow. (Either way, you get to wear mascara.) You’re the pimp, and he’s the ho– Okay, that would be weird.

Attention cool kids: Give this one a rest, will ya? I like The Royal Tenenbaums as much as the next guy, but I’m really sick of seeing this costume. For one, it’s super lazy, as you probably already have the vintage clothes the characters wear in your closet. Second, the bearded hipster dudes who dress up as Richie almost never have a hawk. How can you forget Mordecai? Lastly, and most importantly, they’re brother and sister (even though Margot is adopted), and you guys are dating. That’s more than a little creepy.

Do: Go as Pee-wee Herman and Dottie:

I will never tire of seeing couples dressed as Pee-wee and Dottie from Pee-wee’s Big Adventure. Or even better, James Brolin and Morgan Fairchild as Pee Wee and Dottie from the movie-within-the-movie. That is so many layers of meta awesomeness I think my head might explode.

Don’t: Be Kanye and Taylor Swift:

Or Jon and Kate, or Balloon Boy and his balloon, or a pig and a Kleenex. And if you went as McCain/Palin last year, maybe it’s time to give the topical costumes a rest for a while.

Do: Go as a “doomed couple”

Sid and Nancy, Winona Ryder and Christian Slater in Heathers, The Bride and Bill from Kill Bill, Sweeney Todd and Mrs. Lovett. You’re fulfilling the coupling requirement, and freaking everyone out at the same time. After all, it is Halloween.

Why not go with the ever-favorite Marvel character Hulk and scientist, Betty Ross Banner. You can always find a good Hulk costume dress and create everlasting memories. Hulk never goes out of fashion!

Don’t: Chose a costume that makes no sense by itself:

You and your man have worked hard for weeks on your “wink face” emoticon costume. He’s the semi-colon symbol for the eyes, and you’re the half parenthesis mouth. You look great together, everyone at the party is impressed. But then he goes off to get a beer, and you’re stuck explaining to people that you’re actually not supposed to be a half-moon. Don’t let this happen to you.

Do: Mix up your monsters:

Sure, you both want to be zombies this year. But monsters are more fun when they’re mixed up in crazy pairings. Instead of going as a vampire couple, be a vampiress who fell in love with a mummy for some reason. Why go as Frankenstein and his Bride, when you can be Frankenstein’s Bride after she divorced Franky and took up with the Wolf-Man? Make Halloween a crazy monster mash, just like the song.

Making People Feel Good About Their Work | Must Read!

Addiction: Why one should go to Rehab...

5 Ways to Make Working Out More...

Military and Army Relationships for Getting Married

Exclusive Tips for Looking Fashionable on a...

Planning To Move To Hawaii – You...

4 Ways To Avoid a Negligent Life

Top Reasons Why You Should Choose Organic...

First Time Camping? What You Need