Why Facebook’s Libra Is The Best Cryptocurrency In The World 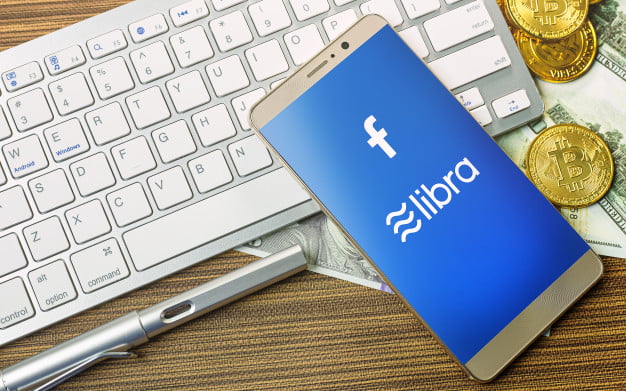 In the last decade or so, ever since the birth of Bitcoin, cryptocurrencies have been threatening to disrupt traditional financial currencies, institutions, and set-ups. However, none of them have been able to make any real impact or go truly mainstream with their financial products.

Ethereum, Bitcoin, Litecoin, and others might have billion-dollar valuations, but they have been relegated to a position of instability, volatility, fluctuations and no confidence. Yes, cryptocurrencies do have major advantages, but has anyone been able to do it is a fashion that is truly global and acceptable?

Enter Facebook and its new digital cryptocurrency, Libra. When Mark Zuckerberg announced to the world about Libra in June 2019, the world thought that this was another one of Facebook’s old antics. The tech giant has always been criticized for having an over-engineered and under-utilized kind of approach towards products.

Let us look at what makes Libra different and attractive from all its competition.

Libra: A Digital Currency unlike any other Crypto

The research, study, and analysis that has gone behind Libra is something that took the world by storm. The launch was accompanied by the launch of a carefully curated and well researched ‘White Paper’ on the workings of Libra.

It pointed out what are the six odd pillars that make Libra the best digital currency in the world.

Facebook’s Libra combines the approach and processes of traditional financial systems and currencies while bringing all the advantages of a digital cryptocurrency. This helps it assume a mass appeal from governments, institutions and the people at large.

Experts are of the opinion that in order to differentiate it from other competitors, Facebook envisaged three critical points that will help it stand apart-

Digital currencies like Bitcoin and Ethereum are unstable, as they are not backed by physical assets. Traditional economies use physical assets like the Gold Standard to set valuations and control fluctuations.

Facebook’s Libra is always going to have real physical assets that determine its valuations. This will sure that the price is always the same over a period. This will also help in encouraging merchants to accept payments on Libra currency, as they will not have to fear high fluctuations.

You might have heard about how the biggest banks and financial institutions have a set structure and hierarchy, which takes major decisions. Libra too envisages the creation of the Libra Association- a 100 strong body of huge companies and institutions that will take all the major decisions governing the digital currency.

This will bring stability to the practice as well as promote acceptance and encouragement to the world masses. Some of the biggest names like Visa, Mastercard, Vodafone, PayPal, PayU, Women’s World Banking, and Investment Firms are part of the Libra Association.

Libra is going to be powered by Facebook’s internally developed Blockchain technology. This is so advanced that it has the capability of handling 1000+ transactions every second. Facebook claims that this is going to be the fastest, most secure way of doing financial transactions in the world.

Facebook has also created its own digital wallet called Calibra to help in the process of payments and transactions. This is going to be a digital wallet on your mobile phone that will help in transferring money and currency to any part of the world at lightning speeds.

It would be safe to say that we are going to see and hear a lot about Facebook’s Libra in the coming months. With Facebook’s economic clout and influence, it would not be a surprise that it will be able to win over governments and financial institutions. Most of them have sided with the tech giant, and are betting big on Libra becoming a disruptive global currency for the masses.

Do let us know what you think about Facebook’s Libra in the comments section below.

How I Trick Myself Into Cleaning My House

How to Setup a Crypto Wallet: An...

Ask.fm – Breeding Ground for Cyberbullying and...

Odometer Correction Tool – Where Can You...

Things to Look for When Buying an...

How to Lower the Costs of Inventory...

Are Digital Wallets The Future Of Banking?

Why Coding Is the Skill to Have...