Home BusinessAutomotive The History of the Japanese Motorcycle Industry
Automotive

The History of the Japanese Motorcycle Industry 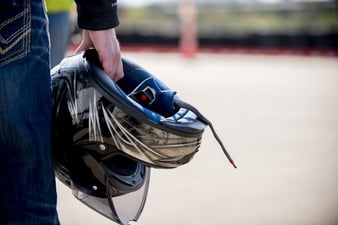 Ask any seasoned motorcycle enthusiast about the early days of biking and they’ll gladly confirm that the British have the upper hand when it came to building motorbikes.

After WWII, most countries had their own brands of motorcycles and it wasn’t long before Japanese excellence put many bike manufacturers out of business; this really began when a Japanese motorcycle rider, who had a sound knowledge of engineering, made a connection with German engineers who had developed a 2-stroke engine.

Once Suzuki got their hands on the 2-stroke design, they began to further develop the power unit, and post WWII Japan was hungry to work hard and develop specific sectors, particularly the motorcycle industry.

The arrival of the 2-stroke engine signaled what many call the ‘Japanese motorcycle wars’, which saw the big names like Honda, Yamaha, and Kawasaki compete with Suzuki; some would say that the British bike industry dropped the ball in the 1950s, not seeing the many benefits a 2-stroke engine offers.

The British manufacturers stuck solidly to their 4-stroke power units, which only added to their decline; they simply could not produce a high standard motorcycle for a competitive price, although they are doing well, with Triumph and Norton enjoying good sales.

This was most definitely the golden era for Japanese bike manufacturers, who had more than their fair share of the global market, with all of the big four companies selling well.

If you would like to view some of the best Japanese superbikes, Wheels Kawasaki motorcycles are available from a leading UK dealership.

During the seventies, Suzuki and Kawasaki had more than their fair share of success, especially the upper classes of 500cc and 750cc. Honda has always had a strong presence and in the MotoGP, Mark Marquez kicked it for the Repsol Honda team for two years in succession (2018 and 2019).

The Japanese have not had it all their own way, with Ducati and Aprilia both grabbing podiums, often winning the race, but it must be said that the big 4 Japanese Bike makers are still at the top of the tree.

All the big Japanese players developed the following styles:

Fast forward to today, when the most popular bike is the hybrid sports-tourer, which simply ticks all the boxes. Of course, we have moved on since the 2-stroke days, with high-performance 4-stroke power units that are energy efficient and have fewer emissions. Here is a cool article that offers travel packing tips, with details of amazing gadgets and devices.

All the big players are actively involved in racing and it is the knowledge they get from this that goes into the amazing designs and features that you find on a state-of-the-art superbike. Big bikes are more popular than ever, with new generations that want the thrill and speed of the latest superbikes, sales are on the rise. Make sure you have the right license to ride a motorcycle, wherever you happen to live.

The Japanese motorcycle industry has contributed so much to the development and design of motorcycles and they look like they will be at the top of the tree for a long time to come. If you are thinking of buying a Japanese motorcycle, search online for a big bike dealership and you can book a test ride.

When Only the Best Will Do, And Then There’s Frameless Glass

How To Throw a Rememberable Yacht Party

How To Drive Your Dream Car Without...

A Guide of Buying a Car

The Advanced Lincoln Technology That Goes Beyond