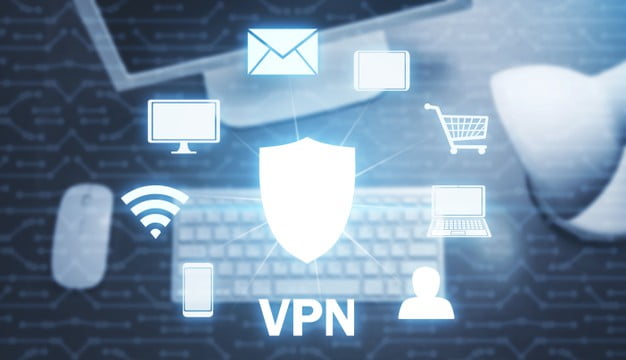 While several users have questions regarding how to turn off VPN, but users sometimes feel more trouble and think when they turn off the VPN, the browsing security no longer exists. When the users are facing slow network problems, there is no alternative way out except disabling the VPN. This is the reason when users are facing a slow network. They want to know how to disable VPN.

So let’s start with

Before digging the answer to your question of how to turn off VPN, first, take a glimpse of the definition of the VPN along with different types of available VPNs.

The complete form of VPN is Virtual Private Network.VPN is a tool that is proving an encrypted connection over the internet. More like a cylinder or path. Your data transmission is becoming entirely encrypted. You can transmit data securely as non-one can see the transmitted data.VPN encrypted your data. And this end-to-end encryption is giving you more data security over the data transmission.

Many government offices, along with multiple organizations, are using the VPN to transmit their private and sensitive data. By using VPNs, you can share your sensitive data, and you can work safely from the remote.

VPN comes up with different types. And all the VPNs have different functionalities.

Here are the names of three different types of VPNs and when to use them.

The functionality of the internet-based site-to-site VPN is a little bit different. By using this VPN, multiple users from different locations can access the resources of each other. This quality is making this VPN widely popular among corporate companies.

An Extranet is a totally different place where two separate internets are present, and they work separately, and they can not directly access each other’s resources. For this reason, an extranet-based site-to-site VPN is used in data sharing between two different companies.

How to turn off VPN this question is mainly arising for the site to site VPNs. You can use the VPN for remote access and these VPNs entirely for your personal uses. These VPNs are providing a secure connection to the users, and you can connect to a very secure remote server by using remote access VPNs. These types of VPNs are mostly used for personal uses and personal data transmission.

How To Disable Or Turn Off Temporarily VPN In Windows 10

When you see your internet browsing speed is affecting. Hence there is no alternative way to turn off the VPN temporarily in windows 10. When you are no longer working in the office network, then you would have to compromise the speed. So better know how to turn off VPN. When you are turning off the VPN, you are getting instant access to many blocked sites but just take a close look at the cookies.

When you are using any device, the temporary turning off of VPN is possible. You only have to follow a very few steps. So let’s start with how to turn off lookout VPN.

Step1:First open your operating system bar or control panel from your device.

Step3:Here you can see all the available network connections.

Step4: Click on that VPN option that you want to make disabled.

How To Delete VPN In Windows 10

Following steps is the answer for how to turn off VPN. And if you want to remove your VPN profile, that is also possible, and even you can also uninstall your VPN connection. If you have a service providing VPN hence turning off the VPN is a much easier process.

Follow the steps below to uninstall your VPN connections.

Step1:If you want to delete your VPN connections, you just have to click delete options instead of disabling options.

Step3: Choose the VPN which you want to delete.

Step4: Click on the option of VPN to highlight it.

Step5:You are getting an option bar from the right side of your page.

Step8:May Be instantly you do not see any effects, then restart your device. And after the restarting, you are going to notice your uninstallation is complete.

Like these turning off and uninstallations, you can simply do some modifications to your VPN, like new connections, rename, etc. If you want to delete VPN from any of your devices, you have to follow the same rules.

Facing troubles and facing slow browsing speed is the cause of many users, and they keep asking about how to turn off VPN. Many users are using lookout VPN, but VPN’s functionality is slightly different from the traditional VPN. As they only detect the Virus and block the insecure websites. So what are the problems you are facing with turning off VPNs?Do not forget to comment back to us.

Subham is a passionate writer and loves to write on technology, lifestyle, dating, health, and cover all the trending topics. He completed his education at Stanford University and obtained a Bachelor’s degree in Psychology. Now, he is a valuable contributor to EssayWritingGuides, TheBitcoinMagazine, TheCBDMagazine, and TheDatingDairy, Online Marketing Tools, Smart Business Daily, and Emblem Wealth, RSL Online, SBNewsRoom, & TheLegalGuides, TheCasinoMagazine & TechNetDeals & TechTrendsPro & OnlineHealthMedia & FollowTheFashion.

7 Ways That Meditation Helps You Stay Calm In Stressful Situations

How to Create the Most Wonderful Memories from Your Love Party

What Is a Botnet Attack and How...

What Is A Bitcoin Wallet?

6 Reasons You Should Consider Opting for...

Learn How To Set Up Appointment Reminder...

How to modernize your office operations means...

Why Does Your Business Need Computer Network...

How to stay safe when using power...

Get More Out Of Your Digital Signage...