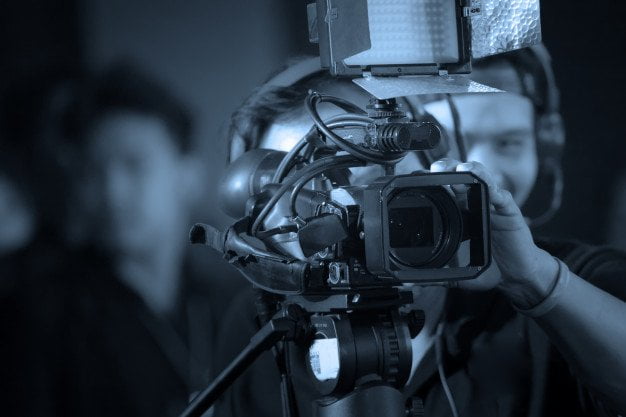 Modern artists now consider film as a valid form of art. A medium used to convey thoughts and beliefs. The film continues to evolve as the age of technology unfolds. In modern times, the film industry has improved its output until it has reached its current standing.

It’s now considered to be one of the most influential and successful industries, with the global film industry amounting to $136 million. Given its influence, it isn’t a surprise that many are drawn to film. Not only does the success in this industry yield many benefits, namely profit, and recognition, but the people working with the film also get to contribute to the creation of art each year

Since it continues to evolve each year, more job opportunities are being created.

The director is in charge of the film’s dramatic and artistic elements. They make sure that every creative task that goes into the creation of the film is done right and exceptionally well. Most of the time, the director is already included in the conversation even when the project is at its conceptual stage still.

This allows them to coordinate with the writers, and will enable them to flesh out a vision for the film slowly. Throughout the process, they gain an inkling on how each scene should unfold, and what is needed in a scene to make delivery more effective.

The impact of the director on film creation is felt from pre-production to post-production.

Many mistakes the role of the director with that of the producer. While they both have big shoes to fill, the producer is in charge of handling the logistics of film creation. Coordinating with the rest of the staff of their production company and the services they render are producers who see to it that enough funding is raised for the entire process.

They also help with budgeting and the hiring process when it comes to key personnel.

The editor is in charge of piecing together what the public will know as the completed film. While they do work with raw footage, their presence has to be felt even throughout the production process so that they can understand the vision of both writer and director.

Once the filming process is done, they then watch through hours of footage. With the director’s vision in mind, they choose which takes are appropriate for the final cut based on this vision and entertainment value. These scenes are then brought together in such a sequence that tells the story the best.

Anything that doesn’t work well with what the film is trying to achieve is trimmed off. The editing process is also when the editors collaborate with the sound team to incorporate background tracks and the score.

There are two kinds of technicians in the film industry. One works with lights, the other with sounds. Lighting technicians work the most during production. They are in charge of managing the lights and setting them up in such a way that flatters the scene well.

Their lights should also create contrasts between light and dark, and add visual depth effects when needed. On the other hand, sound technicians are needed even in post-production. During production, they are tasked with managing the equipment that records the audio of the film.

After, they enhance this audio while also working with editors to integrate sound effects, background music, and the film’s score.

Thanks to the combined work of these talented individuals, the films that we love and appreciate from the past, present, and even future are brought to life.