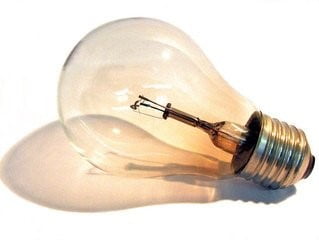 When choosing a voiceover accent it is important to have all the facts. That means acknowledging aspects of society that we may not agree with, or necessarily even know about. Unconscious bias could definitely fall under this category.

Unconscious bias is a heavily overlooked aspect of voiceover accent choice and yet it can be incredibly impactful when it comes to the way your voiceover is received.

Let’s take a closer look at an unconscious bias with accents, so you can select your voiceover accent with all the facts:

What Is Unconscious Bias?

A bias is where we favor one thing ahead of another thing. This could be an accent, a person, a group of people – anything really. A bias can be held by one person or many people and can be negative or positive.

Conscious bias is where we know what we are biased about, and we make choices based on that bias.

Unconscious bias is a social stereotype we hold and that is formed outside of our own conscious choice.

Every single person has unconscious bias and it is important to know that it is not limited to bias about race or gender. It can be about the way people dress, disability, religion, lifestyle choice, and all kinds of characteristics and identifying factors of a group of people.

It is important because it affects the way people make decisions, without them even knowing it. They may automatically avoid a product because of an unconscious bias against the people used to represent the brand. A person may favor a brand unconsciously because they are biased towards the assumed values of the brand, which they assume align with their own values.

It’s a complicated business, but it has to be acknowledged when it comes to your voiceover project.

When it comes to unconscious bias and voiceover accents, you have to gather all of the facts. It is widely known that accent has an impact on how a person is perceived, and so the voice-over accent affects how a brand is perceived.

So where do you start when it comes to choosing the right voiceover accent?

The best thing to do is research at first.

Acknowledge generalities like the fact that humans have an own-accent bias and we distrust those we consider to have a ‘foreign accent’. So if your product is being promoted in Liverpool only, a Liverpudlian accent could be the way to go with your voiceover based on that fact alone. Or, an e-learning program in England could suit a generic English voice that is without an accent, specifically avoiding what would be deemed a foreign accent.

If you do have a very specific accent in mind, you can research the specific unconscious bias data related to it, specifically in relation to your target audience. Combined with general data on the topic, you can get a very precise idea of how different accents will work when it comes to your voiceover and branding.

Speak To A Professional Voiceover Agency For More Information

If you are struggling to know where to start with your unconscious bias research, speak to an experienced voice over agency. They can help you understand the topic further based on their previous projects and work within the voiceover field. With your own research, a focus on facts, and insight from an experienced voice-over agency, you can make an informed decision about your next project to get the very best results.

The Advanced Lincoln Technology That Goes Beyond

A Guide on Starting a New Printing Business

Why Buying Wholesale Flip-Flops Can Lead to...

3 Types of Behavior That Constitute Sexual...