The Current Status of the Prescription Drug Addiction Epidemic 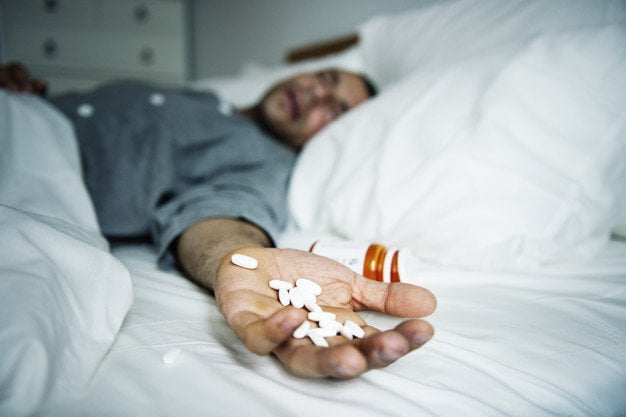 The misuse of prescription drugs implies taking drugs in a manner other than prescribed. It may also involve taking another person’s medication even when that is done for a legitimate medical complaint. The three classes of medication that are commonly misused include the central nervous system depressants, opioids, and stimulants.

What are the Repercussions?

The misuse of CNS depressants, opioids, and stimulants is currently a public health issue in the United States. While a good proportion takes the prescription medication as is required, a 2017 report estimated that 18 million (primarily youths) misused their prescribed drugs at least once in the past twelve months. According to this report, an estimated two million US citizens misused prescription pain medication for the first time, in the previous twelve months, averaging to about 5,480 initiates a day. In addition to that, more than a million Americans misused prescription stimulants, 271,000 misused sedatives, and approximately 1.5 million misused tranquilizers.

Although the reasons for this high prevalence of prescription drug misuse vary by gender, age, and other factors, it is believed that the ease of access has been the major cause of the increased rate of misuse and addiction. The rate of prescriptions for most of these misused medications has increased dramatically from the nineties. Additionally, misinformation regarding the addictive attributes of the drugs along with the common perception that drugs that are prescribed are often less harmful compared to the illicit ones demonstrate other possible reasons for the drug addiction epidemic. Although most Americans are affected by drug misuse and addiction, it is a certain demographic group – youths and older adults – who are particularly at risk.

The two primary categories of drug disorder or addiction treatment include behavioral treatment (cognitive-behavioral therapy and contingency management) and medications. Behavioral treatments, which can be offered in prescription drug rehab centers, can go a long way in helping patients handle their addiction by altering the unhealthy patterns of behavior and thinking. Moreover, strategies are taught on how to manage cravings and avoid situations or cues that could result in relapse. In some cases, behavioral treatment may involve offering incentives for abstinence. Behavioral treatment approach which may also take the form of group, individual, or family counseling can help an addict improve their relationships as well as their ability to function in the community.

The growing number of injured military officers and the increased number of youth and older adults add to the need for effective non-addiction medications. Researchers today are looking into the possible alternative modes of treatment that would target other signaling systems of the human body such as the endocannabinoid system that is also involved in pain. Additional research is also necessary to establish treatment mechanism for chronic pains including establishing factors which predispose people to addiction and substance use disorder.

Why Is Bdnf So Important To The...

What You Must Avoid To Keep Your...

3 Pieces Of Advice To Instill In...