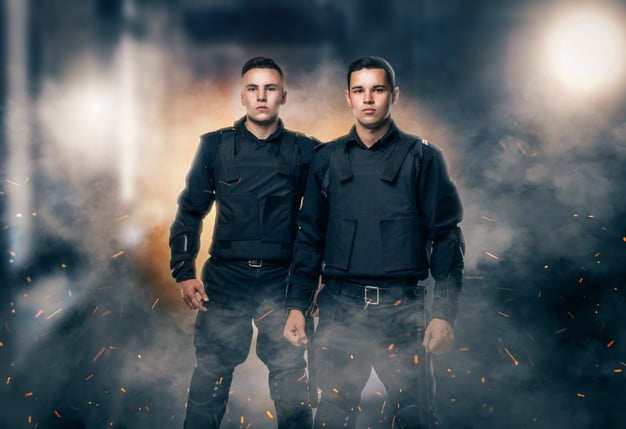 Do you know what level four plate is? Why is it used?

Let us know a little about it,

Level four plate, a bulletproof vest, is worn over the torso to shield you from light shrapnel coming from explosive devices and rounds fired by weapons.

This armor defends against armor-piercing bullets with a nominal mass of 10.8 g (166 gr.) and a velocity of 868 m/s (2,850 ft/s) or less (US military designation APM2). It also offers a single-hit defense against threats of Level I through III.

The highest level of defense currently available is Level 4 plate body armor. Ceramic materials are mostly used in this armor because it is designed to withstand “armor-piercing” bullets. Since ceramic tends to break up when struck, such materials are brittle and can only provide single-shot protection.

Many of these vests are made of several layers of finely woven cloth, mostly Kevlar, that can soften and absorb the impact of high-speed projectiles. Vests with metallic or ceramic plates that shield your body from larger projectiles or rifle fire are also accessible.

Ballistic plate with a level 4 rating. 5.5-pound weight Made in the United States of America.

During hostage situations where the suspect may have weapons or other forms of explosive devices, these vests are typically worn and used by law enforcement officers, military personnel, and negotiators. These may also be used by private citizens such as gun shop owners, convenience store clerks, and hunters.

Body armor is classified as male, female, or gender-neutral, according to the National Institute of Justice. In terms of look and feel, the male and gender-neutral versions are quite similar. Soft armor, which can be flexible and pliable, is the only difference in the Female body armor model. So, one must consult the manufacturer.

Level IV armor is only worn by NATO security forces in the toughest conditions around the world. AP bullets shot from military-grade weaponry and technologies are defeated by Level IV. Level IV would be heavier, more restrictive, and expensive than Level III. So, keep in mind the points and buy accordingly or consult the manufacturers.

So, this is the basic knowledge about Level IV Plate and how it is different from Level III Plate. I hope this is going to help you a little and you must be feeling knowledgeable.

When Does The Analytics Tracking Code Send A Pageview Hit To Google Analytics?

How Did The Ideas Of The Enlightenment Lead To Revolution? A Detailed Explained

Corded or Cordless Vacuum Cleaners: Which One...