Alcohol And Stress: Why Alcohol Won’t Help Cope With Problems 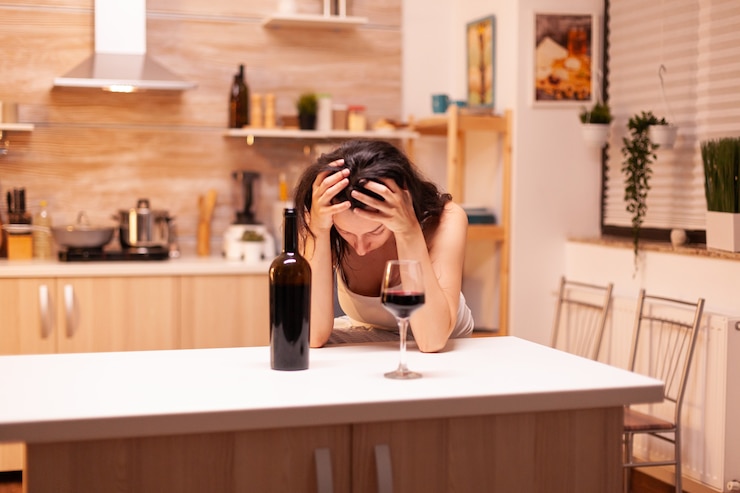 There is a misconception that alcohol or drugs can help with stress and anxiety. However, in reality, they can be very dangerous, and the state of intoxication can threaten the life of the intoxicated person and other people.

Consumption of alcoholic beverages significantly affects a person’s mood, behavior, and neuropsychological state. Despite the belief that drinking alcohol is relaxation, a lot of doctors from drug rehabs near me say that the consequences of intoxication are increased anxiety, worry, and stress, especially in conditions of constant psycho-emotional experiences.

Another important consequence here is the possibility of becoming addicted to alcohol. Find out more about substance abuse and addiction treatment centers on AddictionResource — there, you’ll understand the nature of addiction, the ways of getting rid of it, and the alcohol addiction rehab options.

Alcohol is a strong central nervous system depressant. It slows down brain and nerve activity by affecting chemicals in nerve cells. The suppression effect can even lead to such disorders as slurred speech, unsteady movements, impaired perception, and inability to react quickly.

In addition, a person’s ability to think rationally decreases, and judgment is distorted. In extreme cases, due to excessive or too fast consumption of alcohol, depression of the central nervous system can even manifest itself in the form of respiratory failure and coma.

Alcohol changes the level of serotonin and other neurotransmitters in the brain, which increases anxiety. Due to alcohol intoxication, and especially during a hangover, a person may feel more anxious. Such anxiety can last several hours or even a day after drinking alcohol.

According to addiction treatment centers, toxic effects on the body are manifested in the form of:

Due to its toxic effect on brain metabolism, alcohol reduces a person’s ability to make rational decisions. In a state of intoxication, a person can easily be exposed to false information, panic attacks, unjustified aggression, etc.

An intoxicated person is a threat, especially in cases of evacuation or moving to a shelter. As a result, the probability of getting injured or losing time and coming under fire increases significantly.

Alcohol has a harmful effect on every organ and system of the human body. In the long term, the risk of developing dementia and oncological diseases increases. In addition, strong drinks suppress the absorption of vitamins in the intestine.

Under the conditions of a disordered diet, this effect will increase the negative impact on the immune, cardiovascular, and digestive systems. On the other hand, the possibility of becoming alcoholic increases significantly — in this case, you should immediately look for alcohol rehab centers near me or alcohol treatment centers.

Stress Shortens Life And Is The Main Cause Of Disease

A group of British scientists conducted a comprehensive study on the impact of stress on the state of health of a modern person.

According to the findings of scientists, a person on average loses two hours of his life every day to various types of stress, including the growing cost of living and the burden of debts.

In general, a person loses up to 5 years of life due to stress. The results of the study were published in the Internet resource Medicalnewstoday.

The study notes important mass trends in stress manifestations. At a certain age, people develop a fear of losing their job. At the same time, problematic relationships in the family also create an atmosphere of tension among millions of people on a daily-routine level.

Scientists note that – as a result of prolonged stress and anxiety – people are unable to properly concentrate on their work, which in turn causes countless sleepless nights that further deepen conflicts in the family.

In this regard, the study proves that modern life for many people has turned into a very sad reality dominated by everyday stresses. The decisive moment comes when a stressful situation shows signs of a person’s health.

Almost half of the experiment participants are convinced that stress is the main cause of diseases. About a third believe that they themselves are not able to overcome the everyday difficulties of life and turn to specialists for help. However, most are forced to overcome stress on their own, and this is far from always a successful case.

Scientists have identified three dozen causes of stress. Among them: in the first place are the problems of obesity, the feeling of coming old age. Important causes of stress are financial troubles, such as lack of savings, debts, and non-payment for housing.

A very strong stress catalyst is the already mentioned fear of job loss and the search for a new workplace. And far from the last cause of nervousness, conflicts in the family remain.

Scientists have also established the most common manifestations of everyday stress. The first place is given to sleepless nights. This is followed by loss of confidence, reduced appetite, and family quarrels, including the breakdown of relationships. Of course, one cannot do without increased consumption of alcoholic beverages.

Scientists also provide the duration of stress. More than thirty hours of excitement per week. Every year, a person spends 744 hours “on nerves”. And during the whole life 45,243 hours. This is a time equal to 1885 days or more than 5 years.

The Best Mattresses For Adequate Sleep

10 Reasons Why You Should Stop Watching...

10 Creative Ways to Pamper Yourself on...

3 Tips for College Students to Stay...

Factors to consider when buying a pillow

Computer Screen Tearing and Other Work From...