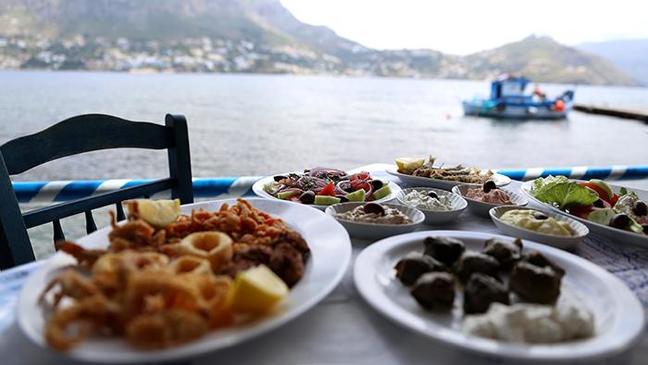 The cultural center of ancient civilization

The territory of modern Greece was the heart of the ancient world. The country inherited a great number of historical places which made it one of the most popular tourists’ destinations. Beautiful nature, a versatile heritage of cultural history and local traditions attracts celebrities, thousands of adventurers, and common people with families who want to have a comfortable rest on the shores of the blue sea. Especially popular is Rhodes. It has crystal clear water and long pebble beaches. In addition, the island is rich in monuments of ancient culture, as well as medieval castles and fortresses.

Greece is famous for its cuisine. It’s bright, tasteful and very healthy. The Greeks like to eat. That is why the portions in the restaurants are large. The food is fresh and right from the farm. Greek cuisine consists mainly of olives, feta cheese, wine, lots of vegetables, seafood and meat. All this is generously flavored with olive oil, lemon juice, and various spices.

Inexpensive and tasty meals can be found in taverns. It is the place where you can taste the famous Moussaka or Pasticio and numerous snacks and salads at absolutely affordable prices.

The entire area of modern Greece lies in a subtropical climate zone, which is characterized by a hot and more or less dry summer with a cold and damp winter.

During a very hot summer, it is easier to stay near the coastal part of the country.  Thanks to the breezes, which blow from the sea, tourists and locals don’t notice the heat as much as in the central regions. The average summer air temperature in the Greek resorts is +32 ° C in summer and +10 ° C in winter.

Amazing places you absolutely have to visit :

Due to its ancient history, magnificent architecture, and numerous islands, Greece is a favorite destination for travelers from all over the world.

Must see places in Greece:

Must visit places in Athens:

Greece provides unique opportunities for yacht charters. The Aegean Sea alone has more than 2000 islands. Crystal clear waters, a variety of recreational opportunities, and beautiful beaches. Each island has its own peculiarities, unique character, and can differ by the water temperature and depth.

The most popular destinations for yacht charters in Greece are Santorini, Mykonos, Rhodes, Crete,  Zakynthos, and all of the Ionian Islands.  The last ones are considered to be a good alternative to the Maldives. The Ionian Islands have stunning beaches with snow-white sand or pebbles and unusually blue water. They are perfect for sailing the yacht and searching for wild beaches where no crowds of tourists can disturb you.

Thousands of years ago the city of Athens became a powerful sea state. These days it is still a large city with more than 3 million inhabitants. Moreover, it is a large port. As most of the Greek islands are usually reached by water, Athens is an important transport point. The port Piraeus, located in Athens is one of the ten leading cruise ports in the world. Half of all the goods exported and imported to Greece come through this port as well. Yachtsmen also love this city because it is a center of yacht charters. Athens is the place where you can find all types of yachts, especially the luxury ones. Its cozy bays and refreshing winds will definitely win over your heart!

Improve The Performance Of Your Cosmetic Products

Relish A Tasty Supper At Changi In...

Vape Juice: What Is It?

How To Get Affordable King Crab Legs...