Home SocietyLegal Gun Law 101: What Happens If a Felon Is Caught in Possession of a Firearm?
Legal

Gun Law 101: What Happens If a Felon Is Caught in Possession of a Firearm? 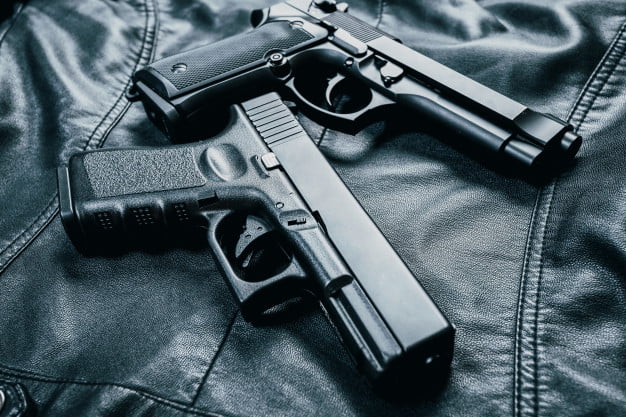 The Second Amendment guarantees the right of American citizens to own firearms, but it comes with a few noteworthy exceptions. Convicted felons are not legally allowed to carry guns. Read on to find out what happens when a convicted felon is found in possession of a firearm Gun Law 101.

The immediate consequence of being caught with a firearm as a felon is an arrest. Defendants charged with possession of a firearm can face serious prison sentences and substantial fines depending on the class of felony on their records. That’s why it’s essential that they find a Criminal Defense Attorney who can help as soon as they are charged.

There are a few factors that can influence sentencing when felons are found with illegal firearms. They include the number of prior felony convictions the defendant has when they occurred, and whether they were violent.

Are all Felons Prohibited from Carrying Firearms? 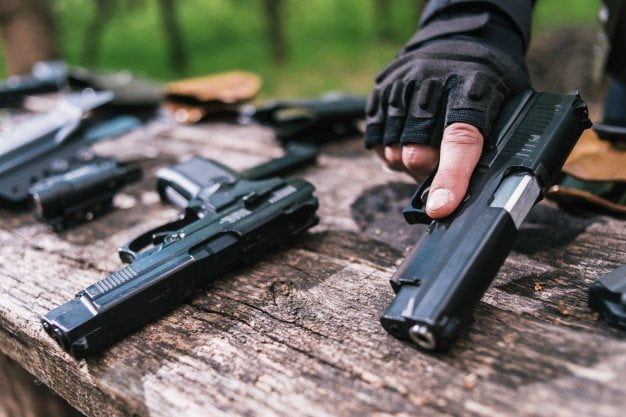 Sometimes, convicted felons who have been sentenced to less than one year in prison may still be able to carry firearms. In Texas, some felons may be allowed to possess firearms in their own homes under certain limited circumstances. This state law goes into effect five years after the defendant has been released from prison or parole.

Unfortunately, federal law does not support the lawful ownership of a firearm by a felon even in the home. It is still possible to face federal charges for unlawful possession(Gun Law 101), even when state law considers the gun technically legal. There is one way for a felon to restore his or her gun rights fully, and that is through being granted a full pardon.

What Happens After a Felon Is Accused of Unlawful Possession of a Firearm Gun Law 101? 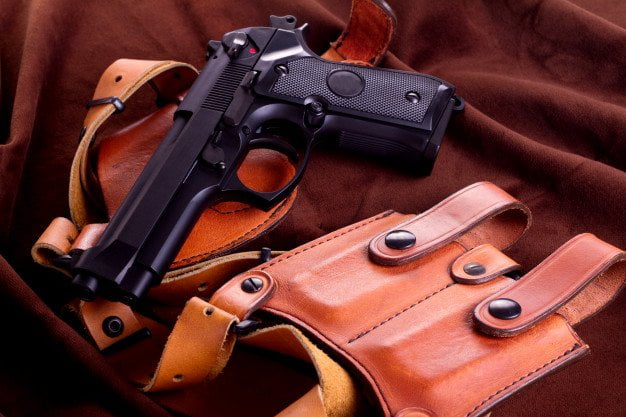 This crime is considered a felony, in itself. The defendant will be offered a chance to defend himself or herself during a trial and in most cases, no information from the prior conviction, or convictions, will be allowed in court. In some rare cases, the judge may throw out the charges if the defendant is completely rehabilitated and a strong asset to the community.

Keep in mind that neither self-defense nor ignorance of the law is considered a valid defense strategy for defendants facing felony possession of firearm charges. Some lawyers may attempt to raise a defense of necessity. This can be a successful strategy in some limited circumstances, but the defendant will need to prove not only that there was evidence of immediate necessity and immediate harm but also, that avoiding harm truly outweighed the harm caused by violating the law.

Although all guns are off the table for felons, there are a few types of weapons they can still possess. These include knives that meet ordinary standards for legality, bows, and arrows, and pellet guns, among others. It’s best to do some research first, though, because again, ignorance of the law is not considered a valid defense.

The Business of Outsourcing Work: Why Do It?

Make it a Business: Losing Weight with Delicious and Healthy Smoothies

How Can I Find the Best Social...

5 Types of Personal Injury Lawsuits You...

4 Things Everyone Needs When Going Through...

7 Tips For Choosing The Best Criminal...

Beware of These Situations That can Result...

Is It Always Worth Taking Workers’ Comp?