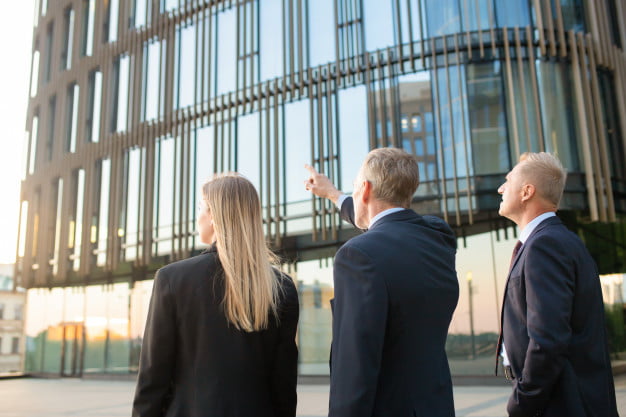 Of all the sectors of the economy negatively affected by the outbreak of COVID-19, the commercial real estate industry may be among the hardest hit. Preliminary numbers indicate a cascading set of consequences directly linked to the rampant spread of the virus across the United States, and nearly all of them are damaging. According to the main research group for the National Association of Realtors in a report published in October 2020, respondents to a survey of trends and outlooks reported the following: 52% recorded an increase in the repurposing of space in vacant shopping malls, 62% recorded an increase in companies leasing offices with smaller square footage due to a significant number of their employees working from home, and 54% recorded an increase in missed/late/partial payments for office, retail, or industrial properties. However, are these numbers indicative of new long-term trends, or has COVID-19 only temporarily skewed these statistics? What does this mean for the commercial real estate industry in the future? To answer these questions, real estate expert Jonathan or “Jonny” Weiss provides a detailed breakdown of how the COVID-19 pandemic has impacted the commercial real estate market through 2020. He also examines some probable developments in the months and years ahead.

The Early Stages of the Pandemic

When the first cases of the coronavirus were found in the US in March of 2020, the commercial real estate market was booming. In an article for the online edition of Deloitte Insights, Jim Berry writes that “(u)like the 2008 economic downturn, the CRE industry was in a strong position before the onset of COVID-19. Balance sheets, capital availability, and liquidity were healthy; companies could manage their debt maturities to long positions.” Property values and rents were rising at a consistent rate, and rent delinquencies—especially on non-residential properties—were relatively few and far between.

However, within a few weeks of the first infection clusters, travel bans took hold and financial markets sank. Certain services were declared essential, while all others were forced into lockdown. A month or two after the first large-scale lockdowns, the real estate industry began to feel the effects of a sudden lack of demand for properties in densely-populated urban centers, as well as a huge uptick in unpaid rents in both commercial and residential spaces.

Where the Situations Stands Presently

Now, nearly ten months after the severe initial measures taken by various levels of government to safeguard public health, economists and industry professionals have a better handle on the situation. Projections can now be made that could not be reasonably made before. For example, whereas in the early stages of the pandemic authorities were fumbling to effectively respond to the crisis, it is now known that face masks, social distancing, and other sanitary measures can reduce transmission rates of the virus. As such, large sectors of the economy that were once feared to be in peril to the point of total collapse can now be expected to emerge from the pandemic largely intact. Supply chains for food and other necessities are no longer in real jeopardy, though costs will probably rise. In short, where there was once grave doubt, experts agree that there will not be a new great depression prompted by the novel coronavirus.

According to Jonathan Weiss, “The relative stabilization of the economy has trickled down to the commercial real estate industry”. Although many portions of it are still hurting—most especially in the realms of retail, hospitality, and office space leasing—there are some bright spots. In a recent forum organized by the National Association for Industrial and Office Parks (NAIOP), also known as the Commercial Real Estate Development Association, industry experts sat down to analyze the current state of the market mid-pandemic. When asked which asset classes are poised to emerge strongly, Maria Sicola, founding partner of the consulting firms CityStream Solutions and Integrity Solutions replied that “(d)data centers, research and development labs, disaster recovery operations and the industrial sector—particularly warehouse/distribution and last-mile delivery services” are all positioned better than anticipated, before adding “office and retail will take longer.” But the consensus is far more optimistic than it has been.

Alight at the end of this dark tunnel is now visible, thanks to the viability of multiple new COVID-19 vaccines. With American life now seemingly on the cusp of returning to some semblance of normalcy, the future of the commercial real estate industry is now becoming increasingly clear. Regarding the work-from-home phenomenon, while many people have embraced shedding their daily commute, as the threat to public health gradually dissipates, it is believed that workers will want to return to office buildings—at least for a few days out of the week. After all, human beings are social animals, and their ability to work in teams is severely hampered by communicating with others via the internet instead of in person. This reintroduction of the corporate classes to office buildings will inevitably drive property values and rents back up to more appropriate levels in major downtown centers across the country.

The same thing is likely to happen with retail spaces and hospitality venues such as restaurants, social clubs, and banquet halls, too. In truth, because the present economic situation was caused by a biological event rather than a fundamental systemic weakness—as was the case with the housing crisis and credit crunch of 2008—it is more than likely that, once the biological event has been rendered inert, a quicker ‘V-shaped’ economic rebound will take place, as opposed to a much more drawn-out ‘L-shaped’ rebound.

The global coronavirus pandemic has disproportionately impacted the commercial real estate industry compared with other sectors of the economy. Since the first outbreaks of COVID-19 in the US in March of 2020, the market outlook has been decidedly grim, notwithstanding some areas that have endured the crisis better than others. However, if the current downturn can be weathered—hopefully with renewed government assistance in the form of additional economic stimulus packages and helpful amendments to federal tax laws—all signs point to a fairly rapid recovery. If the commercial real estate market doesn’t bounce all the way back to its pre-pandemic vigor in 2021, then it will likely happen soon thereafter.

Jonathan Weiss is a real estate professional with a wide variety of interests. Originally born in New York City, his family transplanted themselves to Greenwich, Connecticut when Jonathan was only nine years old. His first passion in life was sports. After dabbling in a few others, Jonny Weiss ultimately settled on baseball, which became his primary focus throughout adolescence and early adulthood, and resulted in a slew of college baseball programs scouting him for recruitment. During freshman year, Jonathan Weiss played for Boston College, before transferring to Tulane for the next three years, and finally completing his college career at Cornell. Although he studied psychology at all these institutions, baseball remained his primary pursuit. Unfortunately, a game-day injury leading to subsequent serious shoulder operations put an end to his dream of becoming a professional athlete.

After graduating from college, Jonathan Weiss experimented with a few career paths in order to figure out his raison d’être. After working briefly for a hedge fund, he shifted focus to the healthcare landscape and contemplated earning a medical degree. When that failed to capture his interest, he dabbled in the field of personal fitness, which was another non-starter. Finally, he tried his hand at real estate, fell in love with it, and has not since looked back. Jonny Weiss has been involved in the real estate business for more than five years now, excelling in various positions across multiple companies. He made the difficult decision to leave his last firm, Red Sky Capital, in order to pursue a master’s in Real Estate Finance and Investment from New York University, a degree which he obtained this past September.

Look After Your Teeth with These Steps

Tax Preparation Services To Consider Before You Hire A CPA

The Best Time To Purchase A Home

Things You Should Do when choosing a...

Check out the Most Advanced Homes in...

How to choose good Estate Agents and...

9 Awesome Reasons to Live in the...

Why People Prefer Condos to Owning a...