Police brutality is a hot topic in society right now. Advocates, activists, lawmakers, and society in general are paying more attention to what many call systemic racial disparities in policing. With the advent and growth of the Black Lives Matter movement, the issue has gained even more attention.

The idea that there are systemic racial disparities in policing is not a new concept, and it’s not just talk. There are studies and data that show racial bias in policing.

Despite the increased attention to the matter, most Americans don’t really know just how this affects our society and Black communities. Outside of the biased media reports and politics, there are some real issues related to police brutality that Americans should be aware of. 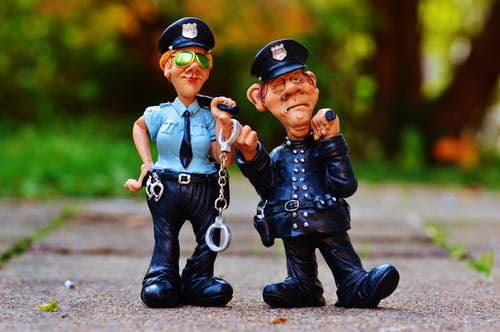 Take a look at these 6 things that most people don’t know about police brutality, that could affect your opinion on the issue.

1. American Police Shoot More People than Police in Other Countries

According to the FBI’s database, police in the United States kill hundreds of people each year. The number is far more than other developed countries, including the United Kingdom, Germany, and Japan. In 2014, The Economist reported 458 police-involved shootings in the U.S. Japan and the UK each reported none, and Germany reported only 8.

3. There are Racial Disparities in How Police Use Force

4. Police Can Use Deadly Force for Just a Perceived Threat

Police officers can use deadly force if they have reason to believe that their life, or that of others, is in jeopardy. The problem is the framework for what determines a reasonable threat. This has been a source of debate for many years. What we are seeing frequently is police using deadly force if they “perceive” a threat, even if there is no legitimate threat. Inconsistencies in state and federal law make this an ongoing problem.

5. An Alarming Number of Police Officers Report Witnessing Excessive Use of Force Among Fellow Officers

A survey by the nonprofit organization Police Foundation reports that 84% of police officers have witnessed a fellow officer using more force than is necessary. 68% of officers report seeing fellow officers use physical force in response to verbal abuse.

6. Police are Almost Never Prosecuted and Convicted for Use of Force

Only 1% of police-involved killings result in the officer being arrested or indicted. Part of the reason why is because police officers have wide latitude when using force. Another problem is the conflict of interest when a police officer is being investigated by their peers. Generally, police officers have more credibility than civilians, which also creates bias and makes it difficult to prosecute and prove an officer is in the wrong.

From April 2009 to December 2010, only 33% of officers involved in killing civilians were convicted. Only 33% of those officers served prison time. Both of these percentages are roughly half the rates among civilians.

Sumona is the publisher for TheDailyNotes. In terms of professional commitments, she carries out publishing sentient blogs by maintaining top to toe on-page SEO aspects. Follow more of her contributions in EmblemWealth

7 Hair Styling Tips And Techniques To Achieve A Perfect Curl

3 Occasions When You Can File A...

Was The French Revolution Successful? Explained In...