What Motivates People To Pursue Careers In Extreme Sports? There is mounting evidence of the long-term benefits to health and well-being of getting youngsters involved early in life with regular sporting activities.

And this is despite the risk of injury that active sports inevitably carry: the benefits generally strongly outweigh the risks.

Even though there are multiple risks associated with extreme sports, humans like excitement, and these feelings run like drugs in the blood.

Why Humans Are Fond Of Extreme Sports?

Things change somewhat the higher up the “scale” of sporting activity one climbs. High-performing athletes, for example, are aware that the extreme sports they have devoted their lives to perfecting often carry significant risks.

Common hazards include, for example, potentially career-jeopardizing concussions or knee injuries for football athletes; joint or muscle sprains for tennis pros that may take them out of elite competitions; or shoulder-ligament tears and collar bone fractures among hockey players, even though there are some the games the indoor extreme sports players.

Even so, all these athletes will generally accept the risks attached to their sport of choice. It may be stretching credulity too far to suggest that they engage in these activities because of the thrill of danger. What, though, are we to make of people drawn to hazardous sports that could easily leave them with life-altering or even life-ending injuries?

In what follows, we’ll take a closer look at why some people are attracted to extreme water sports or air sports. And sometimes actively pursue, as a career, those high-risk physical activities that fall into the category of “extreme sports.”

Extreme Sports: What Are The Motivations?

Whether by personality disposition or simple contingency (trying something unusual out for the first time and then getting “hooked” on it), some people are seemingly pulled, almost like iron filings to a magnet, to sporting activities that a large majority would consider exceptionally risky.

There are degrees of danger entailed in these extreme sports activities, of course. Self-confessed land- and water-racing addict Hugh D. Fuller has spent three decades of his life honing his automobile and powerboat racing skills, winning multiple elite championships along the way.

The adrenaline rush and extreme air sports for this high-performing sportsman have undoubtedly played a part in his devotion to his sport. Still, it’s clear that skill and the tests of making lightning-fast decisions also contribute substantially to his pursuit.

But to go to “extremes” for a moment. Are the motivations for potentially high-risk racing of this kind broadly the same, or on a continuum with, those for engaging in, say, cliff diving, rappelling (abseiling down precipitous rocky slopes), solo free climbing, or BASE jumping (that’s parachute- or wingsuit-assisted jumping off tall Buildings, Antennae/radio masts, Spans/bridges and Earth or cliffs for those who haven’t heard of it)? 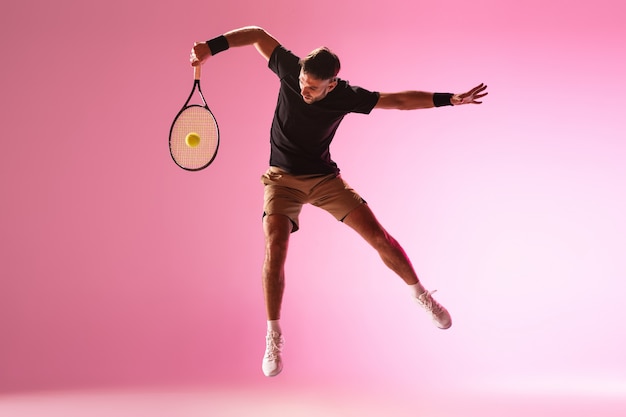 Is There Any Scientific Reason Behind The Love For Extreme Sports?

A recent study from the Queensland University of Technology lays to rest glib assumptions that adrenaline addiction and reckless death wishes would drive these extreme sports devotees onwards.

One of the lead researchers, Dr. Eric Brymer, noticed that extreme sports had developed into a worldwide phenomenon, generating unprecedented interest and engagement in them.

But he and his colleagues found that those who partake are far from being irresponsible risk-takers with a penchant for Russian Roulette.

As Dr. Brymer puts his opinion, for example, the BASE jumpers talk about the colors and nooks and crannies of the rock with clear visibility. The extreme climbers feel like they are just floating from the sky and dancing with the rocks and clouds. They can zoom past at 300km/h.

“People often talk about time slowing down. And address this is the time of merging with nature.”

From the mindless recklessness or addictive thrill-seeking, participants reported to the researchers that their “extreme” pursuits induced deep human values within them, including humility, spirituality, a sense of harmony, and enhanced creativity.

Far from courting death, extreme sports participants experienced their pursuits as profoundly enlivening and life-affirming, opening doorways to higher states of consciousness that psychologists such as Mihaly Csikszentmihalyi refer to as “flow.”

Being in flow, Csikszentmihalyi explains, is akin to being so profoundly engrossed in a task that one is wholly absorbed in it, losing preoccupations with self and social status distinctions and being at one with the moment.

In other words, so deeply involved in experiencing what’s going on that one feels in boundaryless union with it – not unlike the Buddhist view that ‘selfhood’ is an alienating illusion that turns the experience of living one’s life into a “thing” rather than a process or flow.

The experience of flow in extreme sports is similar, if not identical, to that reported by monks after years of practicing dedicated meditation – a sense of profound authenticity, aliveness, and spiritual communion that brings these enthusiasts back repeatedly to their extreme pursuits.

And the cherry on the cake is that these peak experiences seem to help participants evolve robust resilience to stress and depressive states of mind.

Of course, being part of a unique community of the like-minded plays a role here, but so undoubtedly do the extreme pursuits and the higher states of consciousness they promote.

How To Have A Great Tenpin Bowling...