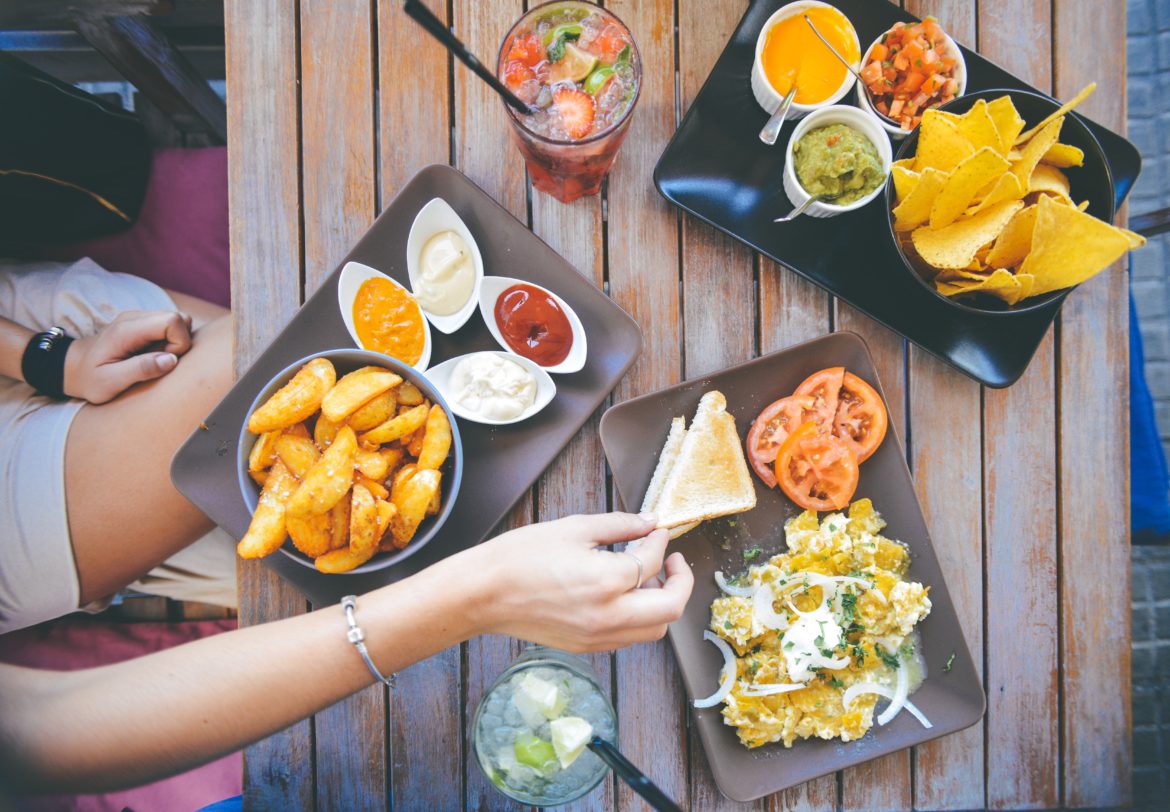 I left Charleston, SC and went to Denver, CO for the food.

Well…I go everywhere for the food. That’s what food critics do. But I’m more of a food explorer than a critic. When I visit a new town or city, either in the United States or around the world, I want to sample the local cuisine, the local ambiance, things to see and do – the whole enchilada, basically.

That is not a segue to talk about the best Mexican food in Denver, by the way – although there are quite a few excellent Mexican restaurants in this city of over 700,000 people.

But on this trip, I decided to focus on restaurants in the “healthy food” niche.

What defines that niche? Lots and lots of vegetarian options on the menu, featuring locally grown foods that have been grown organically. Foods that haven’t been deep-fat fried. Food that is simply prepared but delicious.

I began my tour at The Denver Art Museum which is located just a few blocks away from the State Capital – Denver is Colorado’s capital, just in case I need to mention that – and right next to the Denver Public Library.

After a couple of hours wandering around all three buildings I was ready for lunch.

I could have had a build-it-yourself salad inside the Denver Art Museum at MAD Greens, but I elected to wander around the rest of the neighborhood and see what it had to offer.

I stopped in at a sandwich shop called Parsley. Not only do they offer several delicious, healthy sandwich options, but smoothies and vegetable juices as well.

Parsley is in a brownstone building with a few steps leading up to it, and pleasantly green interior walls to complete the very casual, homey theme.

Parsley recommends its sandwiches on their signature ciabatta bread, and I recommend it too – although they do offer multi-grain and gluten-free breads as well. It was a tossup between their salmon lox and cream cheese sandwich – with Roma tomato, cucumbers and capers piled high, or their Arcadia – kalamata olives, feta cheese, sweet red peppers and more. But finally, I decided on the spicy turkey – the roasted green chiles provided just the right amount of kick.

This whole area I’ve mentioned is part of the Golden Triangle, one of Denver’s oldest residential neighborhoods, and you’ll see some lovely Victorian homes as you stroll its streets.

For dinner, I elected to try something a little more upscale, WatercourseFoods. It’s located in the Golden Triangle as well and has a very rustic charm, all warmth, and wood – just the right atmosphere that I was in the mood for.

Looking at the menu, I thought about the Southern fried cauliflower chicken (for the benefit of the vegetarian-challenged, it’s not chicken, but cauliflower!) with a maple kale salad. However, I opted for appetizers of seitan wings and the charred vegetable skewers – mixed summer vegetables with a sweet chili glaze that was just, in a word, delicious.

It was just the right start to another day in Denver.

Rory Brown is a food critic and blogger specializing in healthy diet and lifestyle choices. Beginning in Charleston, SC, he has attracted a large following by offering nuanced takes on fine cuisine with a focus on health. Rory Brown splits his time between Charleston, SC, Kauai, Sydney, and Lake Como, keeping his finger firmly on the culinary pulse across the globe.

Choosing a Mortgage Broker is better than Directly Dealing with Lenders

A Guide to Seasonal Eating: And Why...

Superfoods that can save your eyesight

The Best Edibles That You Simply Have...

How To Start the Day Off Right...

Mexican Food and How Its Popularity Took...