Home Social MediaHow to How To Shrink Pigeon Population Growth?
How to

How To Shrink Pigeon Population Growth? Pigeons reproduce at an alarming rate and can cause severe disturbance to the humans living nearby. Huge institutions, industrial areas, and parks spend millions to keep the pigeon population under control.

Preventing them from roosting and nesting is not an easy task, and the increase in their population often means more shit for cleaning. Besides, they also eat lots of fruits, leaves, and insects from the neighborhood, damaging the landscapes. 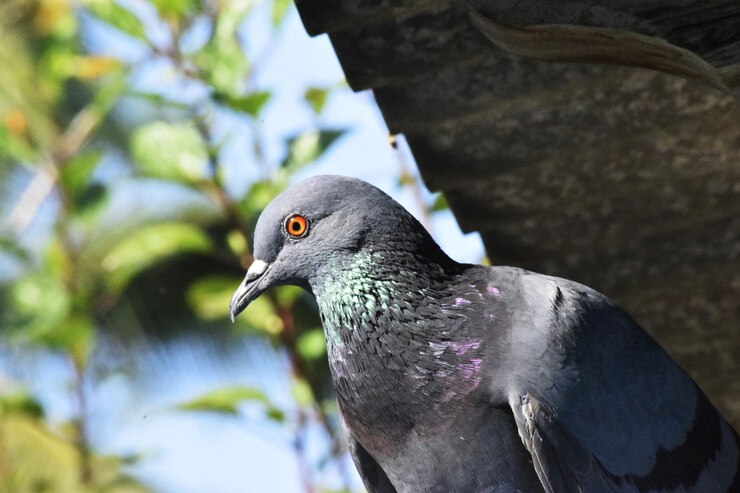 1. Use netting and bird mesh

Pigeons often nest on the roofs, under solar panels, on the balconies, and in other high-altitude areas. Setting up a bird mesh on your roof or solar panels will prevent them from creating a nest on your ceilings.

When one pigeon family arrives and reproduces on a roof, they multiply quickly, and there are 15 to 30 birds before you know it. Pigeon defecation causes corrosion to iron, and the constant pecking and perching damage the wooden roofs.

The roof starts to leak within a short time than expected, and the unclean roof draws lots of insects, frogs, and snakes. Use a bird mesh to cover your rooftop and nets to cover your balconies from the pigeons entering them.

Choosing a professional pigeon control service is your only way to get rid of this problem permanently. Otherwise, you’ll have to live with a temporary solution and see pigeons coming back again and again.

Install bird spikes on your roof, compound, and balcony handle where the birds usually perch themselves. The spikes make the pigeons avoid the area carefully as they will prick their feathers or legs.

Pigeons often perch on the rooftop for heat and make a nest at places where water and food are abundant. They will automatically fly to a fertile land if you prevent feeding them out of curiosity.

Place scarecrows that resemble owls, hawks, or snakes to confuse the pigeons to a certain extent. Loud sounds or sudden movements also scare them away quickly, and setting up mechanical scarecrows will help.

Program the time for creating sound and moving, and the scarecrows will act like an alarm driving away from the birds. Pet animals like cats and dogs also hunt down pigeons preventing other birds from coming to your home again.

Pigeon droppings can cause severe damage to the environment as they get absorbed by HVAC systems and mingle with rain to create worms. Some lights are not visible to human eyes but scare away the pigeons and other birds easily.

Install such lights on your surroundings to avoid pesky birds and animals. Pigeons are often scared away even by calling bells or vehicle horns, and soft sounds that don’t disturb you much will help drive them away.

Buy a sound-emitting device that resembles a dog bark, a hawk sound, or an owl hoot. These sounds will deceive the pigeons making them think a predator is hiding from them and will come out any minute.

The light or sound-emitting scarecrows act as two-in-one devices that drive away pigeons effectively and get used on many farms. They are called sonic or bio-acoustic speakers, which can get placed on different parts of the farm or industrial area.

There are huge areas like hospitals, grounds, and hall terraces where many pigeons live. It is impossible to fence them entirely with spikes because the pigeons can fly over them quickly.

It is impossible to place speakers or light in those vast areas because it will interfere with human life. The best way to prevent pigeon reproduction in those areas is to use contraceptives with nicarbazin.

Pigeon bait or food is mixed with nicarbazin and spread on the floor, which the pigeons eat with gusto. Nicarbazin prevents egg formation when the pigeons roost, controlling their reproduction massively.

Nicarbazin does not cause any side effects to the pigeons, and they live healthily for a long time. The controlled population prevents over-shitting and crowding due to excessive pigeon reproduction.

5. Pets and culling with exterminators

Using culling and hunting must always be the last resort to eliminate pigeons that multiply over 21% every year. Pigeon exterminators lure pigeons into a trap nest or net which is practically invisible and take them away to release in the wild.

They are also sold for meat and served as food for other predators in zoos and conservatories. Hunting dogs are unleashed on a huge flock of birds to train them to effectively hunt and kill the birds.

Some exterminators hunt the pigeons effectively with air rifles and take them to train in races and other sports. They also use electricity in the nets to kill the pigeons to control their population effectively when there are thousands of birds.

Natural predators like owls, hawks, and raptors are released among trapped birds too to kill them. Extermination must always be the last resort, and landowners must try other humane methods before killing them entirely.

What is cybersecurity mesh and how can it help you?

How To Communicate Online With Filipino Women:...

How Companies Use Tech to Make Projects...

How to Figure Out if You Can...

How to Survive and Thrive as a...

How Hemp Clothing Gets Made

Where Is The Safest Place To Hide...

How To Take Care Of Your Laptop...

Prevent Workplace Gas Leaks with These 6...

Overcoming Your Fear of Public Speaking