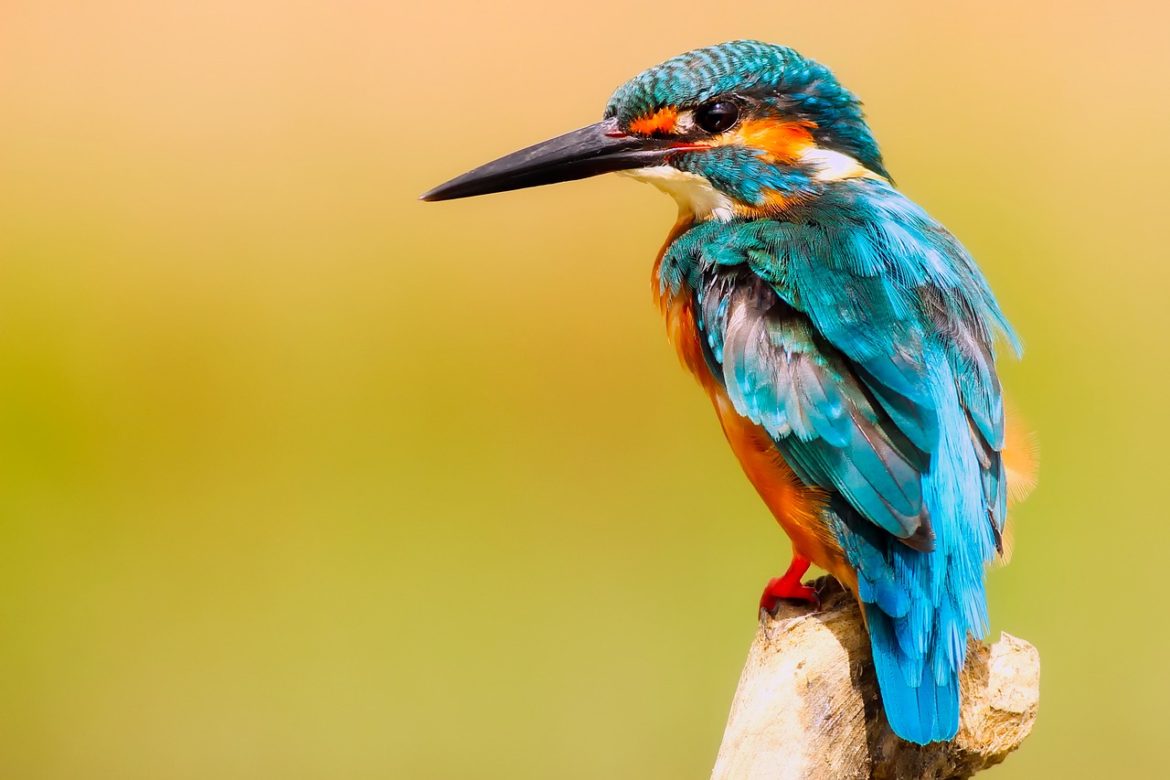 India is a rich country with a wide variety of fauna and flora to brag of. Due to these enormous diversities in India in all aspects, most tourists are being attracted to the country. Be it lovers of nature, animal lovers, bird lovers, or zoologists, the state gives everyone a chance to have the best fun regarding what they do like. You must know about the most beautiful birds in India.

When it comes to the rich and diverse beautiful birds of this great nation, there are some establishments of bird sanctuaries, parks, and reserves. Currently, when it comes to the country with the most birds and wildlife tourist destinations in India.

If you are a bird watcher, then India is a paradise. If you ever desire to feast your eyes and ears with the chirping birds, the wild jungles of India are the hotspots. When you walk through the bushes, you can have a view of more than 1250 species of birds. Usually, these beautiful birds are defined in groups according to their biogeographical regions.

Some of the places with the birds’ nests and holes for the exotic birds include the Deccan Plateau, Andaman and Nicobar Island, Gangetic Plain, Desert, Semi-arid. Also the eastern Himalayan, western Himalayan, and Trans Himalayan are among the best homes for beautiful birds.

The most beautiful bird species are as follows:

Some of the key characteristics of these birds are as follows:-

Most people know it as the national bird of India and one of the sacred birds in Hindu tradition.

Its colorful feathers are the ones that make them more attractive. When you walk to all the parks in India, you will always find this species. It’s a bird of the pheasant family and originates from South Asia. The male bird is referred to as a peacock and has a length of about 40to 46 inches.

Can be found all over India and the neighboring states. But its main occupation is the Indian Subcontinent

Some of the key features of these birds are as follows 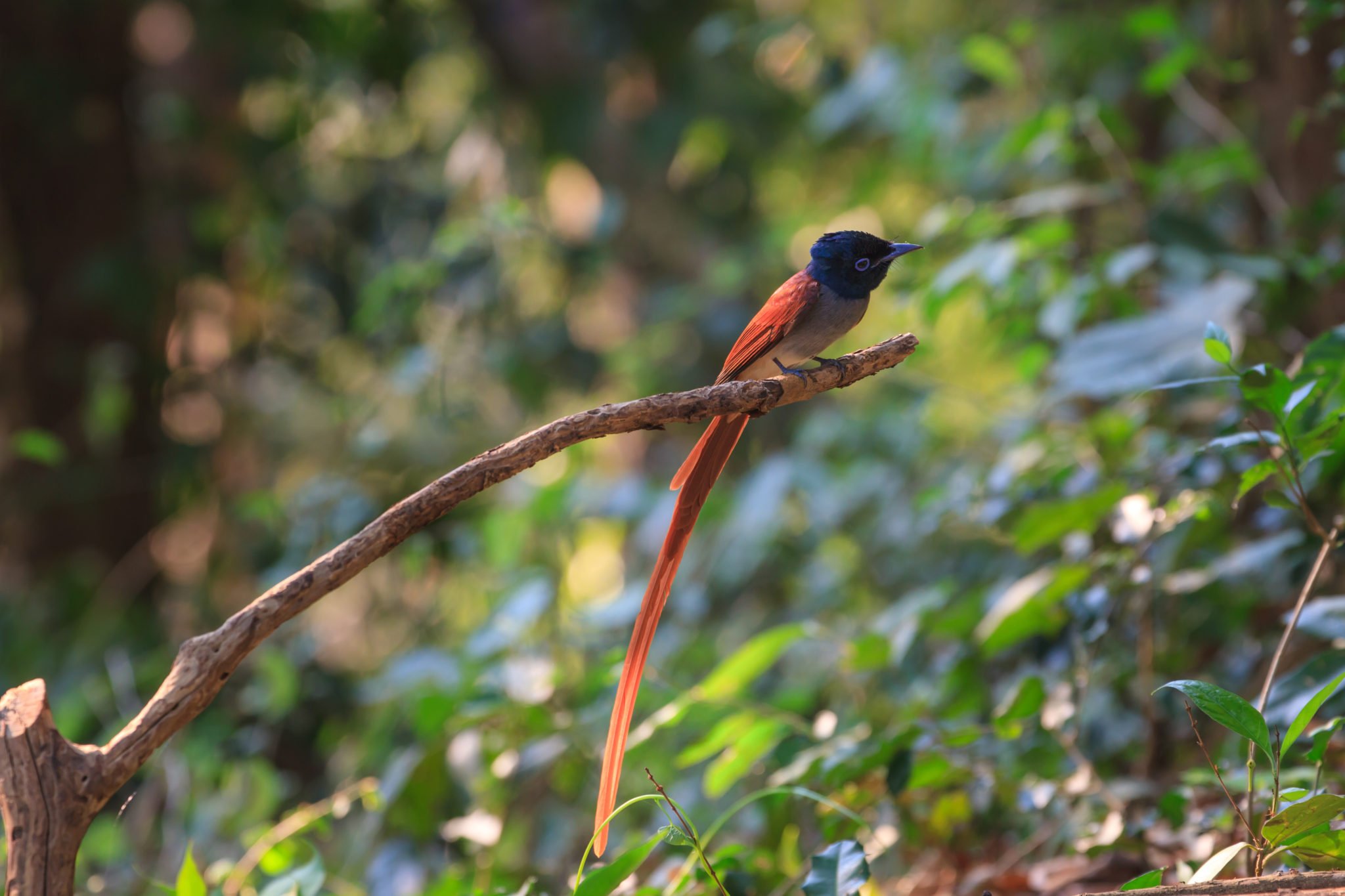 Across all over India is this beautiful and amazing Asian Paradise Flycatcher. This bird is medium-sized. Usually, male paradise flycatchers have impressive and long tails. They have a greyish throat and underparts. You can easily spot the white and rufous forms of an Asiatic paradise flycatcher in the well-wooded habitats and thick forests from Andhra Pradesh, Himachal Pradesh, and Rajasthan.

The great Indian bustard is one of the heaviest flying birds all over the world. There are some special features of this bird that are not known to many of us. Therefore, let’s explore some of the important features of these birds in the best possible.

Features Of The Great Indian Bustards are as follows:

Hence, if you are searching for the best beautiful birds of India then Great Indian Bustards is the one you can look for. 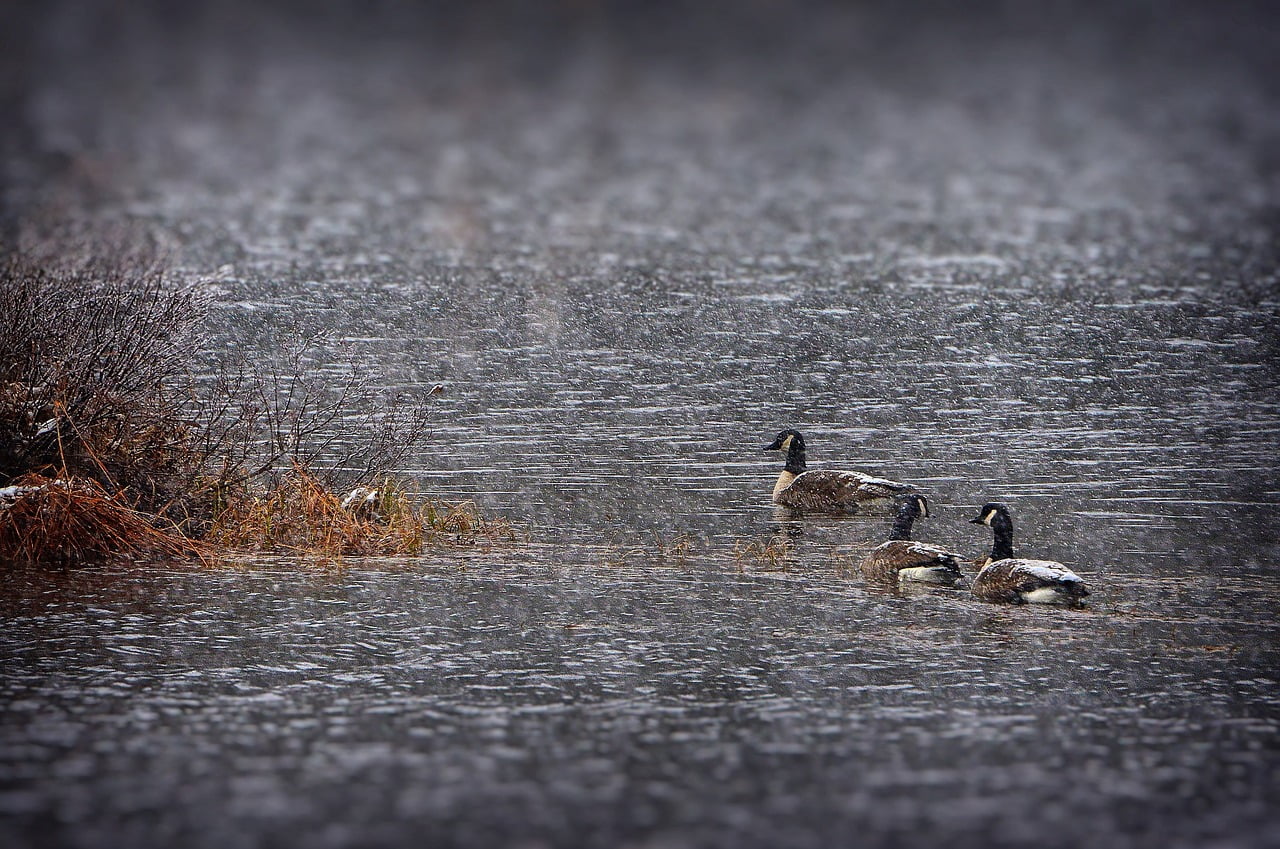 These beautiful birds are usually long-legged and are found in the Desert National Park. When it comes to differentiating between the male and female, this could be a bit challenging. If you wish to have a glimpse of these birds, you can visit Lala-Parjau Sanctuary in western Kutch (Gujarat) and Sultanpur Bird Sanctuary (Gurgaon)

The great Indian Pitta is one of the most colorful birds of all time. The size of the bird is between 10-20cm. It is a small stubby tail bird. The beak of the Indian Pitta is orange and brownish-orange that comprises the black tip.

Some of the common features of the Indian Pitta are as follows:- 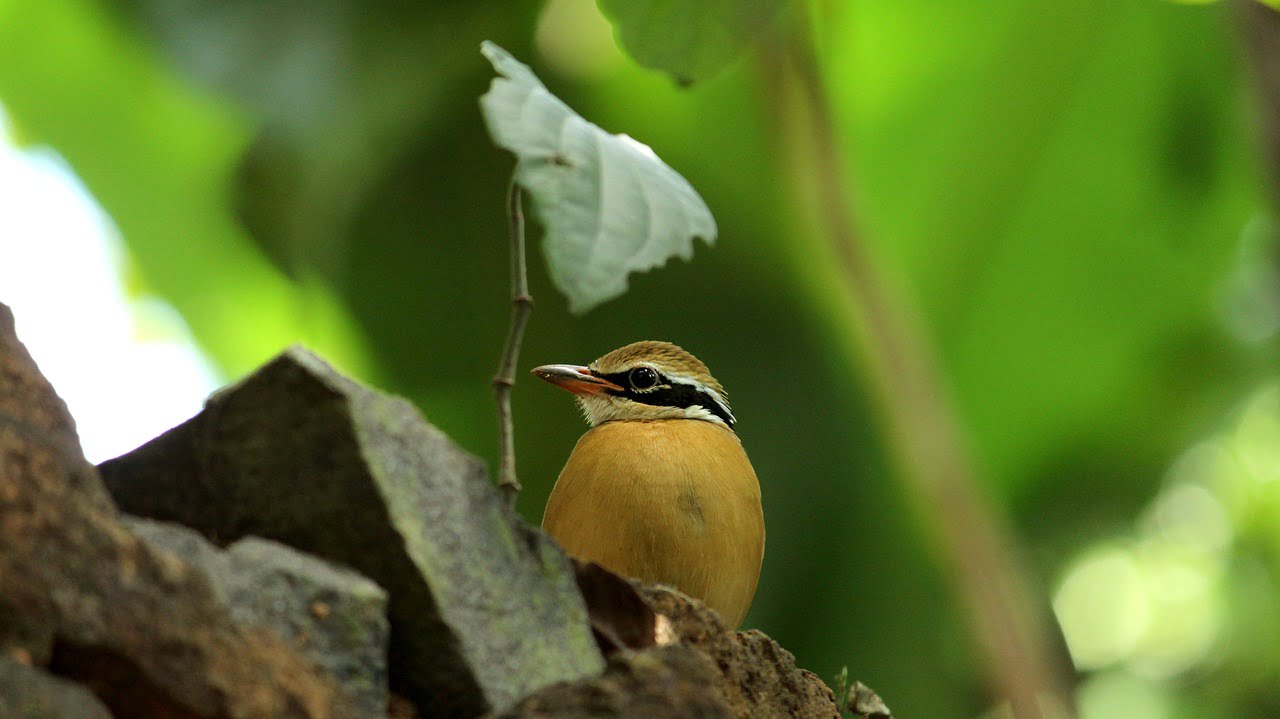 This medium-sized bird usually pops out especially in the winters for breeding in the southern parts of India and the Sub –Himalayas foothills. The bird with a small stubby tail can be found mainly in the floors of forests and the thick undergrowth.

Its legs are strong, and the crown has nine colors. On the upper parts, it’s green, and the throat is white, orange vent, black coronal, red lower belly, and a blue tail. Among the rare birds of the Indian subcontinental is the Indian pitta, and is found in an extensive range of habitats.

The common Kingfisher is found in the 87 different species of the world currently.  It comes from a family of medium-sized birds. They have the features for hunting and fishing sometimes feeding on fish and on other prey.

The common kingfisher is among one of the most known avifaunas with its settlement in India. The bird weighs about 30-34 g. its length is about 17 cm. This bird is found in Sundarbans National Park, Bandhavgarh National Park, and Corbett National Park . The lifespan of this bird is just seven years.

The Sarus Crane is the world’s tallest bird. When this bird stands, it appears almost as tall as a man. It is one of the elegant birds that you can consider from your end. The average life span of this bird is around 30-40 years.

Some of the Key Features of these birds are as follows:- 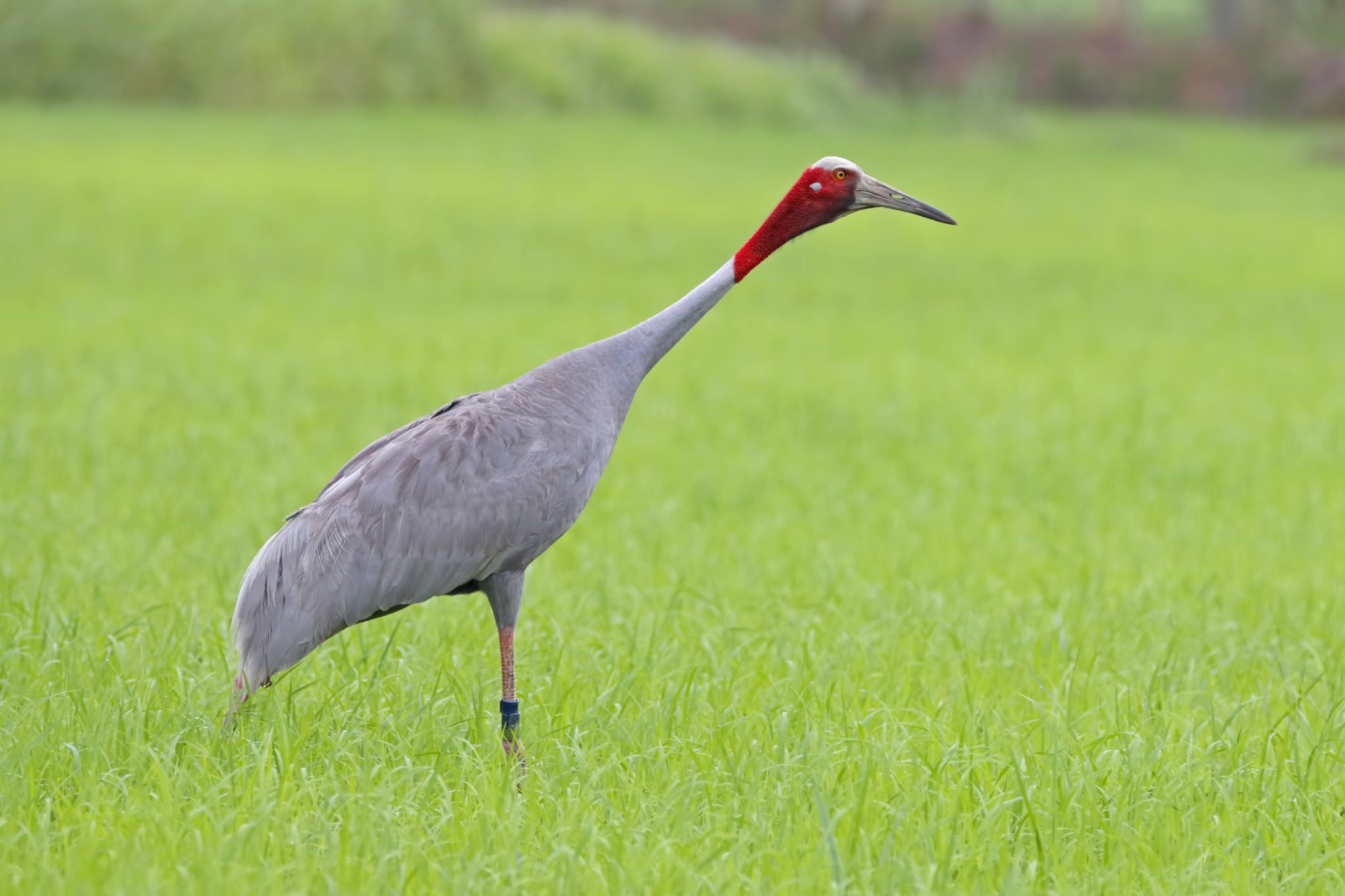 Being the only resident crane in the Indian subcontinent, the Sarus crane is found in the south of the Godavari River. East to West Bengal and Assam and west to coastal Gujarat, Punjab. It is the largest of the Indian cranes with a maximum height of 5.9 ft. This makes them the world’s tallest flying birds.

Its population is declining in India, and thus it is among the most endangered bird species in India. Sarus crane is the most competitive to the Indian Peafowl is the national bird of India.

The Himalayan Monal is the carnivores as well as herbivores. They feed in insects, tubers, berries, and roots.

Some of the Key Features of the bird are as follows:- 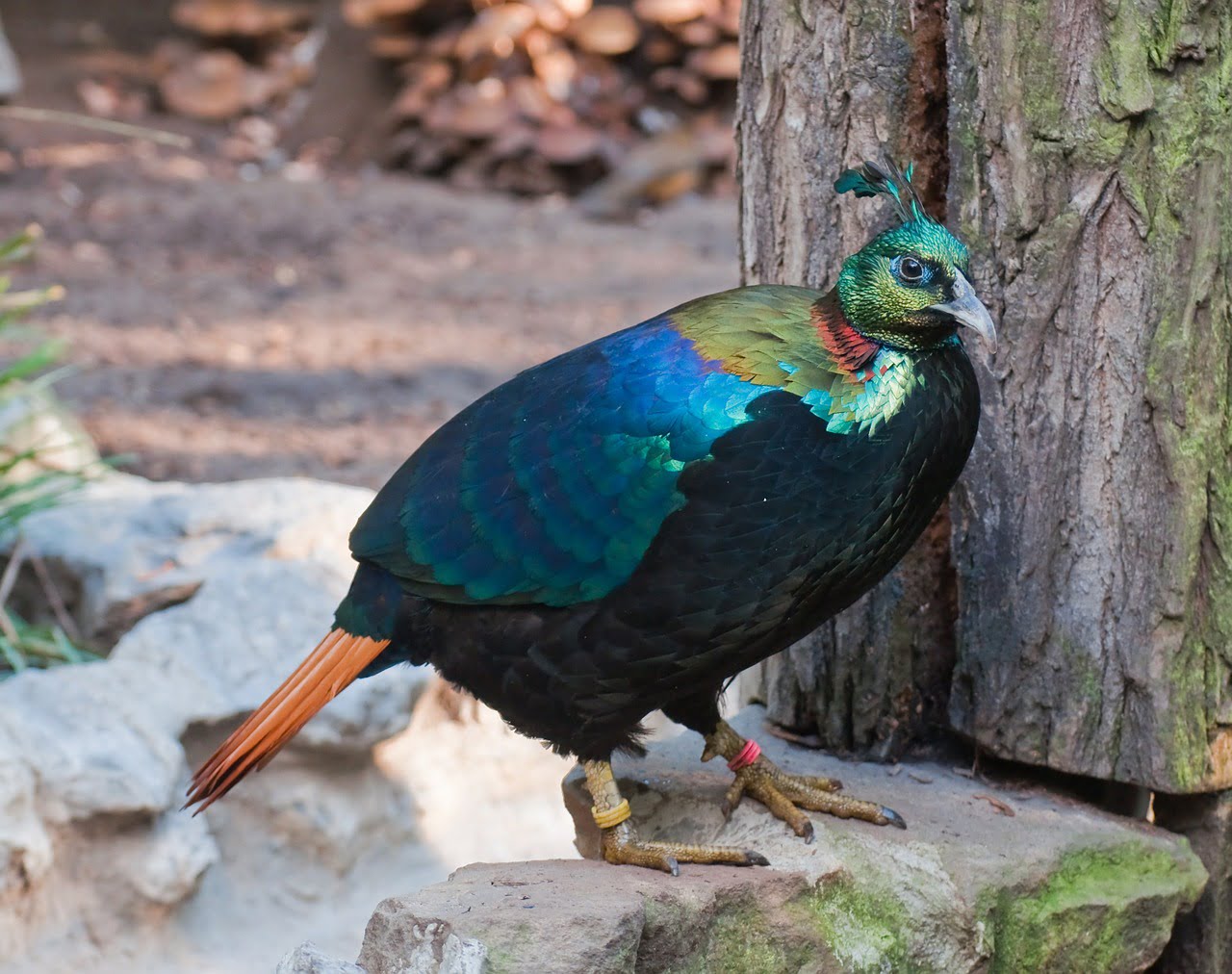 In the pheasant family, the Himalayan Monal is the most beautiful bird. It is also referred to as the Impeyan Pheasant of Danph in the state bird of Uttarakhand. This stunning and colorful bird flies higher in the altitudes of the Himalayas mountain ranges including the states of Arunachal Pradesh, Uttarakhand, and Himachal Pradesh.

The grey junglefowl has already 20-30 races that are available across Asia and in other subcontinents of the world. 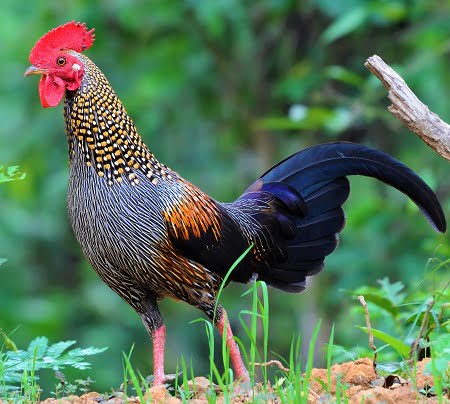 These are the most beautiful birds in India that are found in the Eastern Himalayas. These birds are usually available besides Nepal, Bhutan, and Tibet. 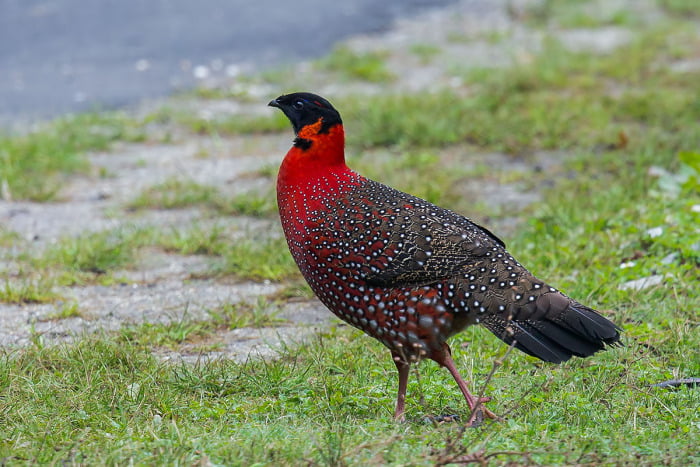 Also known as the Crimson Horned Pheasant, it is the only pheasant found in the foothills of the great Himalayas of India, Bhutan, Nepal, and Tibet. This bird is subject to habitat loss and hunting, and therefore only a small population still exists in India.

It is among the five species of tragopans of India. Its male usually has blue horns, and a gular wattle that will always display during the mating season to attract the females.

These are nocturnal birds and are available at nighttime. These are all medium-sized bats with huge ears. They come out at night to feed on moths, midges, and other nocturnal flying insects. 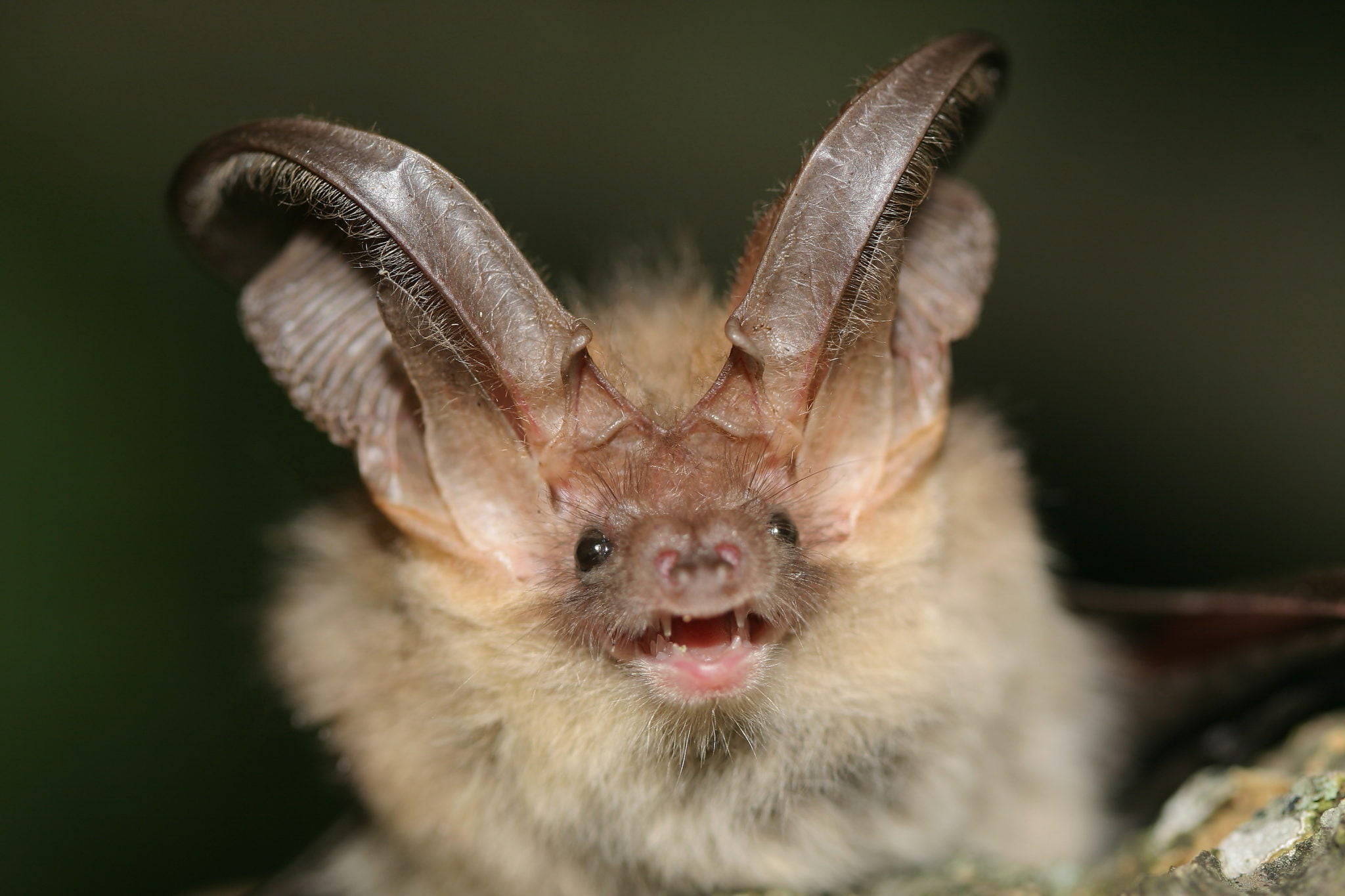 These medium-sized bat features are usually pink in color on the face. When you compare the males and females, the females are slightly larger. According to research, this species is much vulnerable with a minimum lifespan of about four years of age and a maximum of 30 years. These beautiful birds have their locations in Sultanpur Bird Sanctuary and Bharatpur Bird Sanctuary

When you think of nature, think of the beautiful birds, wildlife, and botanical features that can captivate your mind. When you visit India, this is a country with the most beautiful fauna and flora. Be it the bird lovers, the wildlife lovers, or nature lovers; this city has it all to make you have great fun.

When Will Google Analytics Be Unable To Identify Sessions From The Same User By Default?

Safe Outdoor Activities That You Can Do...

When You Should Think about Joining a...

5 Tools How to Achieve Work-Life Balance...

Factors to consider when buying a pillow

Gift A Gold Heart Necklace To Your...

Tips On Ways To Make Working Out...

4 Ways To Avoid a Negligent Life