A Guide To Common Causes And Triggers Of Bipolar Disorder 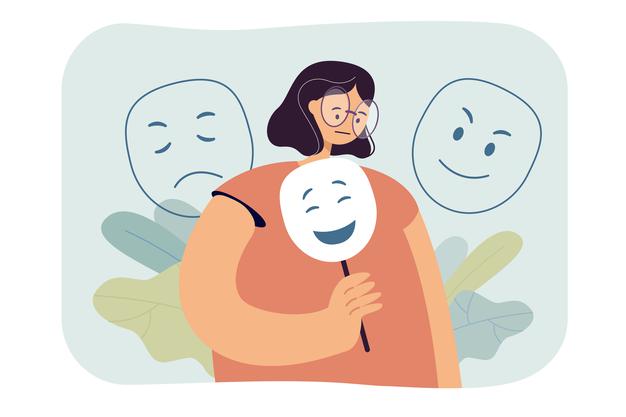 Bipolar disorder is one of the most common psychological disorders that affect many people in the US. According to statistics, the US annually reports more than 3 million cases per year. Such high figures do reflect the need for awareness regarding this particular psychological issue.

Though it is a widespread mental problem, less is known about the causes of this issue. However, scientists are still studying it and getting to know different aspects of this issue. There is a big question about what actually causes bipolar disorder.

There is not a single cause that can onset this problem; rather, a combination of one or more can play a significant role in setting the problem and even defining the severity.

Problems in genes are certainly among the leading causes of bipolar disorder. Studies have shown that nearly 80 percent of the cases have a genetic background of this disorder. The good news is that not everyone who has a family history is likely to get it. However, chances to incur this problem are quite higher than those who don’t have a family history.

Another common yet prominent cause of bipolar disorder is the issues in brain chemistry. It mostly comprises problems in brain circuits and chemical imbalance. Numerous chemicals (also known as neurotransmitters-norepinephrine, serotonin, and dopamine), are responsible for maintaining normal brain and body functions.

Imbalance in norepinephrine and serotonin may directly result in mood disorders. Studies suggest that the manic phase is accompanied by high levels of norepinephrine, and on the contrary depressive phase is accompanied by low levels of this neurotransmitter. This imbalance in neurotransmitters directly influences the brain circuits and their outcomes in terms of response and actions.

Different aspects in surroundings, environment and patterns of lifestyle have a significant effect that possibly results in bipolar disorder. Bipolar disorder is a mood disorder.

Many stressors can onset the problem in a variety of manner, differing in severity in many people. What might prove to be a severe jerk for one might not influence others at all. The most common factors in environment and lifestyle are:

Merely these factors alone are not an impactful cause of the bipolar disorder. However, these factors aggravated with problematic genetics and nervous problems may have a greater impact. It may even increase the severity of the problem in many.

What Are The Common Triggers Of It?

There is another important aspect to this psychological phenomenon, and that is the triggers that can immediately onset mood swings. It is important to know and understand these triggers as it might help to avoid and even reduce the severity of this mood disorder.

There are numerous traumatic events in life that can differently influence people and their behavior. Talking specifically about bipolar disorder, certain events in life such as the death of a close family member, job loss, and separation in a relationship can potentially act as a trigger leading to bipolar disorder.

Read more: When Stress is Too Much That it Turns Into Adjustment Disorder

In many people, alcohol and specific substance abuse can also onset sudden mood changes. This is because addiction and abuse immediately result in an imbalance of neurotransmitters, and consequent mood changes can be observed. Seeking proper addiction treatment in terms of a combination of therapy and medication is crucial to overcome this issue completely.

Disrupted or distorted sleep pattern is a significant symptom of bipolar disorder, but it is also recognized as a significant trigger. Working at night shifts accompanied with consecutive long working hours, students who lack sleep, abundant traveling beyond time zone are some possible reasons for sleep deprivation.

Job loss and financial problems act as a major stressor for many and is a possible trigger that results in sudden mood disorder, most prominently bipolar disorder. The socioeconomic pressure and disruptive emotions can be devastating to mental well-being and, if not handled, can trigger bipolar disorder.

Certain medications, including Antidepressants and corticosteroids, can also act as a possible trigger leading to sudden mood changes as experienced in bipolar disorder. The prescribed antidepressants to treat depression are known to result in manic phases often experienced in bipolar disorder. This happens due to interruption in levels of neurotransmitters.

When To See A Doctor?

In case if you or a close family member experience abrupt mood swings, specifically symptoms of the manic phase, then immediately visit a good practitioner. Though this ailment is not curable with the combination of therapy and medications, it can be treated to a great extent. Based on the severity of the problem, a doctor might suggest interpersonal therapy or personal sessions keep it under control.

Bipolar disorder is a major mood disorder. It is further classified into different types. It is a common problem and thus requires an awareness regarding common causes and triggers of this mental disorder. Knowing the triggers can help in customizing the treatment according to individual needs.

Subham is a passionate writer and loves to write on technology, lifestyle, dating, health, and cover all the trending topics. He completed his education at Stanford University and obtained a Bachelor’s degree in Psychology. Now, he is a valuable contributor to EssayWritingGuides, TheBitcoinMagazine, TheCBDMagazine, and TheDatingDairy, Online Marketing Tools, Smart Business Daily, and Emblem Wealth, RSL Online, SBNewsRoom, & TheLegalGuides, TheCasinoMagazine & TechNetDeals & TechTrendsPro & OnlineHealthMedia & FollowTheFashion.

Things To Know When Hiring A Siding Contractor

Ways to Get Fit From Home

Which Type of Kratom Is Best for...

Look After Your Teeth with These Steps

How to Keep Summer Day Drinking From...

Why Should I Look For Myofascial Release...