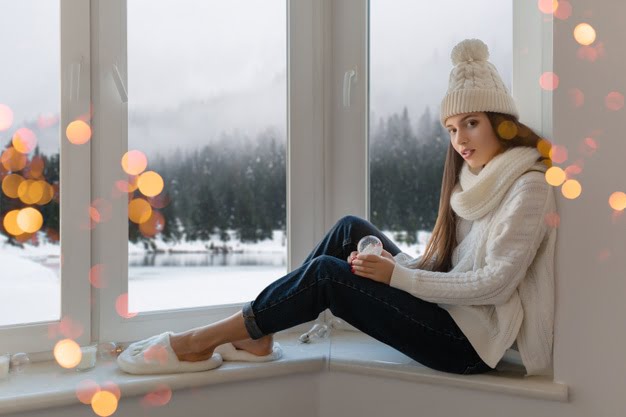 Scandinavia is a subregion of Northern Europe, comprised of the kingdoms of Denmark, Sweden, and Norway. This diverse region, known for its snowy mountain peaks and breathtaking fjords, is a popular tourist destination for travelers across the globe. The people who live in this region are as interesting as the geography, thanks in part to their rich cultural heritage.

These are 12 cultural habits commonly encountered in Scandinavian countries.

Here are 12 Cultural Habits of Scandinavians:

Many Scandinavians feel very strongly about not wearing shoes in the house. As a result, they will often remove their shoes and leave them at the doorway, even during a fancy dinner party. The reason for this is mostly practical. There is a lot of rainy and snowy weather in Scandinavia, which tends to make for messy footwear. Removing the shoes at the door avoids dirtying up the house. Many Scandinavian homes have heated floors to make this practice more comfortable.

2. Babies on the Sidewalk

This custom may be extremely shocking to travelers from countries where parents are often fearful of their children being kidnapped or harmed when left unattended. However, these types of crimes are relatively rare in Scandinavian countries. Additionally, many Scandinavians believe that exposing young children to cold weather helps build their immune system and tolerance for the cold. As a result, it is quite common for shoppers to leave babies in strollers on the sidewalks outside of shops.

As a rule, Scandinavians are not fans of sweet breakfasts, so rather than munching on pastries or sugary cereals, you may find them eating tuna, salmon, or sardines on toast. In addition to complying with their preference for a savory breakfast, these fatty fish make for a great energy source that can provide fuel throughout the day.

Most Scandinavians do not share the American love of lively debate. If your Scandinavian friend is reluctant to offer an opinion on a controversial topic, avoid pushing him into doing so. This could easily result in hurt feelings.

Pedestrians always have the right-of-way in Scandinavian countries. If you are driving and someone is crossing the street in a marked crosswalk, you are obligated to stop, even if you have a green light. Be sure to keep an eye out any time you approach a crosswalk.

While much of the rest of the world is sharply divided on the subject of licorice, Scandinavians tend to love it. You will find everything from licorice-flavored ice cream, yogurt, and chocolate to licorice snus. Licorice is not for everyone, but you might as well at least give it a try.

The Winter Olympics is one of the biggest sporting events in Scandinavia. Scandinavian countries usually take home their fair share of gold medals at the games and their proud countrymen and women often watch the action obsessively on their television screens back home.

The borders between Scandinavian countries are monitored but not tightly controlled the way they are in many other parts of the world. Residents can easily cross the border to work, eat, shop, or travel. It helps that most of the residents speak similar languages and can easily understand each other.

Midsommar is observed by Sweden, Denmark, Norway, and Iceland and is the longest day of the year. Iceland and Sweden are the most enthusiastic celebrators of this holiday in which the darkness lasts as little as three hours. Typical celebrations include dancing around the maypole, bonfires, and flowers. Pickled herring and boiled potatoes are a popular holiday dish, followed by grilled salmon and strawberries and cream for dessert.

In Finland and Sweden, January 13th is known as St. Knut’s Day. The holiday is celebrated by taking down the Christmas tree, eating all the cookies and edible candles, and taking a wild ride on a sleigh or sled.

The popular sport of wife-carrying began in Finland and spread across the region. Events include a race where people carry their wives on their shoulders and the winners receive an amount of beer that varies according to how heavy the wife is.

Snus is popular dipping tobacco mixed with sodium carbonate and salt that originated in Sweden in the 19th century as a classier alternative to smoking. Now one of the most popular tobacco products in Scandinavia, many Norwegians and Swedes keep a box in the fridge or freezer. The product works by sticking a pinch under the upper lip and leaving it there. Snus is considered better for your health than smoking and is also permitted in many places where smoking is not.

There are many wonderful reasons to visit Scandinavia, including the region’s rich cultural heritage. From unusual eats to Winter Sports obsession, there’s a bit of something for everyone to discover.

5 Effective Ways to Speed Up Your Fitness Results

Top 10 Home Security Tips That Could Save Your Life

What Are The Benefits Of The EPFO...