Home BusinessFinance How This Daily Rule Can Revolutionize Your Finances
Finance

How This Daily Rule Can Revolutionize Your Finances 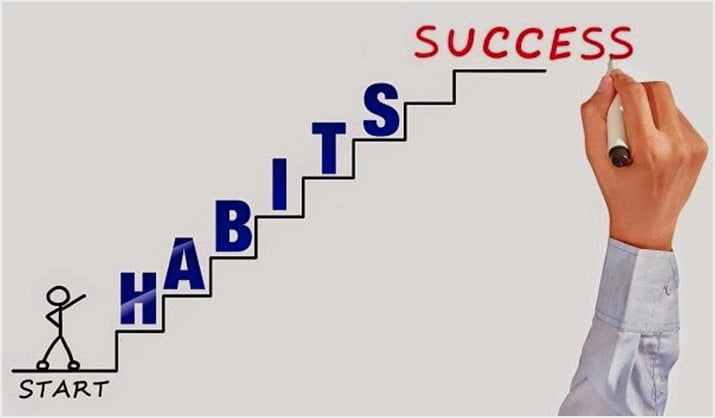 In a world surrounded by temptations, it’s hard to say ‘no’ to the things you think you need. Convenient items like fast food and coffee are the worst culprits because you can grab them on the go without really thinking about their true cost. But if you’re ready to create some savings, it’s finally time to think about your relationship with these purchases. More often than not, you don’t need as much as you think you do. In fact, you can get by on a lot less by employing a daily rule of minimalism.

The next time you feel like you absolutely need something, reflect on why you think that way. When you start thinking critically about the way you spend your money, you can identify the ways you’re wasting it. If you aren’t sure where to start, here are some ways of establishing this frugal daily rule.

It’s hard to resist going out for lunch when you’re at work. It gives you an excuse to get out of the office, and it requires very little effort on your part. All you have to do is be willing to wait in line and pay for a prepared meal. While you may look forward to that lunchtime trip to Arby’s, it can end up costing you if you go every day. VISA crunched the numbers and found British commuters spent as much as £2,500 each year on lunches — or roughly $3,536 USD. Try bringing a packed lunch every day and save Arby’s for special occasions. This daily habit can end up saving you a lot of money.

It’s a nice treat walking into a Starbucks and coming out holding a specially crafted custom latte, but these caffeinated delights can put a terrible strain on your finances if you make it a daily habit. Even a plain coffee from most local cafés will cost you roughly $2 for every cup. At Starbucks, it’s $2.29. If you grab one on the way to work every day, you could be spending as much as $572 each year on your caffeine fix. Brewing at home is a much cheaper alternative, with most commercial grounds costing less than $0.20 per cup — or $50 for the full year! Invest in a coffee maker and a travel mug to save more without sacrificing any quality in your daily cup of Joe.

Though it may be a daily habit, your practice of hitting your snooze button three times before getting up in the morning isn’t going to help your finances. You’re much better off getting up early. Not only will you avoid the stress of realizing you overslept, but you’ll also be much more productive. If you get up with a few hours before you need to leave, you can spend this newfound time making coffee and lunches, so you can achieve the two previous tips.

With more personal time in the morning, you can also change the way you arrive to work. According to Kathleen Elkins, a financial journalist who lives in New York City, she saved $162 every day she walked to work. Think about your commute to see if this a possibility. Walking is a great way to stay active and reduce stress while saving money. CEDAR (or the Centre for Diet and Activity Research) found those who walked to work arrived at the office feeling less stressed than people who drove. Not only did they avoid tense traffic jams, but they were able to exert more control over their schedule by choosing routes that weren’t congested with cars. Experience what freedom feels like by walking to work.

When you use the ATM at the corner store instead of the teller at your bank, you’re paying as much as $7 to take out money from your account. When you do this daily — or even just weekly — these ATM fees can cut into your budget. Organize your schedule so you have time to visit the bank when you need cash. You should also consider how other banking services are costing you money. The biggest retail banks add monthly fees to basic checking accounts. Other services from these financial institutions can end up costing you, too, like when a complex loan application takes too long for its intended purpose. Rather than eating late fees caused by a delayed personal loan, investigate fast online payday loans as an alternative. Direct cash advance lenders like MoneyKey have eliminated much of the red tape slowing down conventional borrowing in many US states, and in some cases, they can issue loans after one business day following your approval.

If you live too far away to walk to work, you can cut down on transportation costs by carpooling. Speak with your co-workers to see if anyone is commuting from a similar area of the city. Don’t worry if you’re the only one coming in from your part of town. You can use carpooling apps to find people going in a similar direction as you. You can split driving duties and the cost of gas and parking by heading to work together each day. Alternatively, you can look into the cost of public transit in your city. Depending on where you live, taking transit can be a cheaper alternative than relying on your own vehicle.

Many of your daily habits are made out of convenience, not because they’re financially responsible. Make the daily rule of minimalism a part of your life and force yourself to question why you do the things you do each day. The answer might surprise you.

First time hunting? Why you should have these 5 essential tools out in the wild!

3 Ways to Prepare Your Finances for...

How You Can Plan to Become Financially...

7 Things To Consider While Investing In...

5 Benefits Of Hiring An Online Certified...

Evolution of Gold and Silver in Society

What Can You Do to Improve Your...