Delectable Japanese Dishes You Need to Try Out 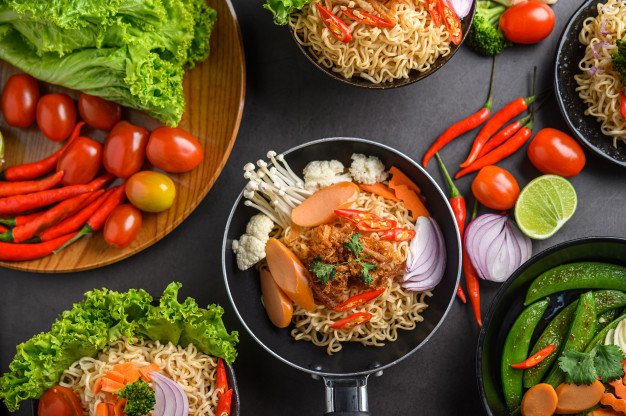 Japanese food is an experience on its own. A lot of modern dishes have their roots in Japanese cuisine. But there is more to the cuisine than what you see.

For instance, Japanese cooking, also known as washoku, involves knowing how to strike a balance without losing flavor or variety in the dish. Although the philosophy is more commonly practiced in traditional cooking, you may still find chefs preparing contemporary or fusion dishes following the same practice. Washoku is practiced in a series of five elements:

The typical home practices washoku by serving a bowl of plain rice, three side dishes (one main and two minor dishes), soup, and a tiny plate of pickled vegetables. This principle of “one soup, three sides” is also commonly referred to as ichi ju san sai.

Take note of this principle and philosophy the next time you visit Japan for a food trip or a Japanese restaurant in the city. You can also choose to practice this principle when ordering Japanese food wherever you may be.

Here are some of the best Japanese foods to try when you go.

Delectable Japanese Dishes You Need to Try Out:

When people talk about Japanese food, they think about sushi. The combination of raw seafood wrapped in vinegared rice, sometimes rolled in a sheet of seaweed, is unlike any other cuisine. It is generally served with saucers or small bowls with portions of soy sauce and wasabi.

Often referred to as sushi sans the rice, sashimi is akin to steaks in the US, but instead of massive slabs of grilled meat, you have bite-sized pieces of raw fish. Some of the most popular varieties include tuna, maguro, sea bream, mackerel, and salmon, among others. Non-fish selections include salmon roe, sea urchin, and clams.

Similar to sushi, sashimi can be dipped in soy sauce. To add a bit of a kick, you can add some wasabi. With horse mackerel, delicate slices of ginger are served instead of the typical wasabi.

A plate of sushi or sashimi is not for everyone as enjoying raw seafood is an acquired taste. For people who want something fried, there is tempura.

Tempura involves covering ingredients in a batter and deep frying the pieces in oil. Almost anything can be cooked as tempura. Shrimp tempura is the most common, although you can also find other types of seafood, vegetables, and meat to be prepared and cooked this way.

It is common to find miso soup as part of the meal, whether it is in a Japanese home or a restaurant. Not only is it tasty, but a small bowl packs a lot of health benefits as well.

Preparation is often simple. A fermented base of miso paste is mixed with fish stock, kelp, or bonito. The simplest variations include bits of tofu and seaweed, although it is possible to find chefs getting creative by adding vegetables and seafood.

The taste of the miso soup can vary depending on the type of paste used. For instance, white or light-colored miso paste produces a sweeter soup. On the other hand, red and darker pastes create a saltier flavor.

Another typical and popular dish is this noodle and soup dish. A bowl of ramen is a complete meal in itself. It has carbs in the form of wheat noodles, protein in slices of pork, and vegetables such as spring onions, seaweeds, bamboo shoots, and many more. All those ingredients bathed in a rich broth containing miso, soy sauce, salt, or pork bones.

Ramen can be found in any street corner in Japan. It is so popular that there are museums and theme parks built around ramen.

A serving of onigiri shows that rice and seaweed are not just reserved for lunch or dinner. They can also be consumed as a snack.

Onigiris resemble sushi in away. They are rice balls seasoned and filled with bits of meat, vegetables, egg, and then covered in a piece of seaweed.

What makes these snacks more distinguishable over sushi is the shape. Compared to sushi, onigiris come in a triangular or cylindrical shape. These seasoned rice balls are so common and widespread that you can find them in any supermarket or convenience store in Japan.

More common in fine dining and more exclusive restaurants, unagi involves grilling a type of eel. Depending on the chef’s expertise and creativity, the unagi can be served in many ways. One of the more well-known variations is marinating the eel in a mouthwatering concoction of soy sauce, sake, sugar, and mirin.

In some restaurants, you can find strips of unagi used as rice toppings. In places like Nagoya, on the other hand, the eel is torn up and mixed evenly with white rice to serve what is called a hitsumabushi. Another dish, known as the ochazuke involves pouring a broth of green tea over the eel.

Hot pots are another dish to try out in Japan, especially during the cold winter months. With this dish, some participation from the diner is required. There are several types of hot pots, although some of the more common types include the sukiyaki and shabu-shabu.

With hot pots, the general idea is the same. Meat, vegetables, noodles, tofu, and other ingredients are put in a boiling pot of seasoned broth.

In sukiyaki, for instance, the cooked ingredients are dipped in a bowl of the beaten egg. With shabu-shabu, the dipping sauce is made from a combination of citrus and sesame sauce or soy sauce.

Are you starting to salivate yet? Visit your local Japanese restaurant and give these dishes a go for an incredible culinary experience.

5 Situations That Require You To Call An Electricians

Headed to the Beach? 7 Most Important Packing Tips to Remember

How To Cook Your Vegan Dishes For...

Top 5 Cafes in the Sutherland Shire

How To Make Quick And Nutritious Snacks...

3 Tips For A Delicious Meal With...

5 Different Ways to Make an Iced...