Home BusinessAutomotive Let the Beast Out at Monster Jam!
Automotive 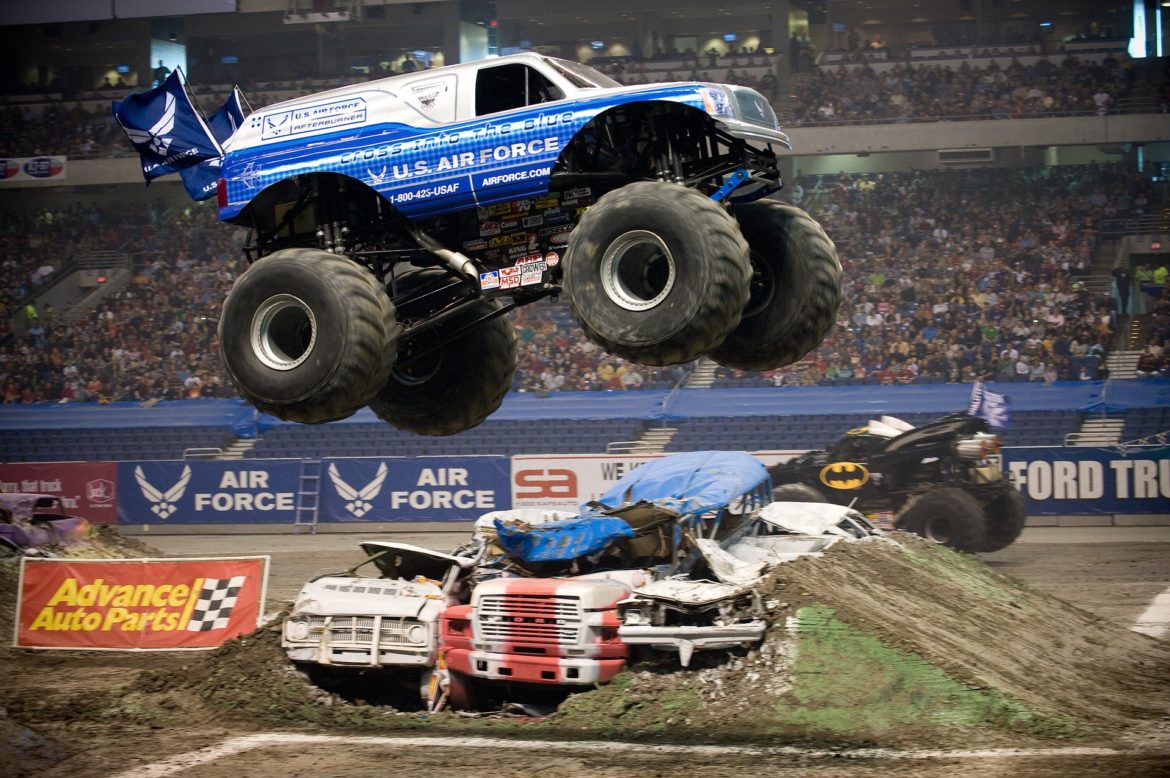 The Triple Threat Series from Monster Jam has provided fun and entertainment for countless families. The monster truck event will thrill fans at the Allstate Arena in Rosemont, Illinois beginning on Friday, September 27 and running until Sunday, September 29.

The world-class vehicles and athletes at Monster Jam deliver to fans an adrenaline rush they are unlikely to receive anywhere else. The excitement includes monster trucks, racing, wheelies, donuts, vehicle freestyles and much, much more.

The versatility of each driver competing in Monster Jam at Allstate Arena will be thoroughly tested in seven head to head competition that requires them to compete with three separate vehicles. Skill with the three different vehicles —Monster Jam trucks, Monster Jam Speedsters, and Monster Jam ATVs — will push the drivers’ skills to the limit.

The athletes will battle for points in both freestyle and racing competitions. The winner will be invited to compete in the World Finals that will be hosted by Monster Jam at a later date.

Monster Jam fans traveling to Chicago for the Triple Threat Series will want to search for good hotels close to O’Hare. Many options are available to you but you cannot go wrong with Hyatt Regency O’Hare Chicago. It’s the largest hotel located just outside of the city, just a five-minute drive from O’Hare international airport. The Hampton Inn Chicago-O’Hare International Airport is a good choice for budget-minded travelers. It’s close to the airport and a short drive to the Allstate Arena where Monster Jam takes place.

Things To Do While In Chicago:

If you are looking for other things to do while visiting Chicago for the Monster Threat Triple Threat Series, you have many options to explore.

This dining and entertainment facility covers more than 200,000 square feet and will offer you endless opportunities for fun. Live concerts, stand-up comedy, and bars and lounges are a few of the entertainment options available at Parkway Bank Park.

You will never look at family bowling night the same after an evening at King’s Rosemont. Not only does the facility sport 20 lanes for bowling, but there is also shuffleboard, pool tables, video games, and 50 televisions for patrons to enjoy.

This indoor sky diving venue will provide you and your family with loads of excitement. Visitors to iFly can don a flight suit and make their way through a wind tunnel. You can also take a virtual reality plunge from 13,000 feet.

Concerts in the Park:

The entertainment district at Parkway Bank Park is a great place to enjoy free concerts performances by Chicago-area musicians. The concerts take place each Thursday night throughout the summer.

You can spend a couple of hours enjoying baseball, softball, and fast-pitch softball at this sports complex. If you pop up on the right day, you might also get to enjoy an NCAA basketball game.

This is a prime destination for concerts and other live performances in the Rosemont area of Illinois. The concert hall hosts regular performances by local bands, musicians, and comedians. The Rosemont Theatre also hosts film screenings and other events for children throughout the year.

Mastering the Art of Trading in Four Easy Steps

What You Need to Know about Xenon...

Have A Need For Speed? Track Day...

What Will You Do if Your Used...

The Basics of Smart Driving