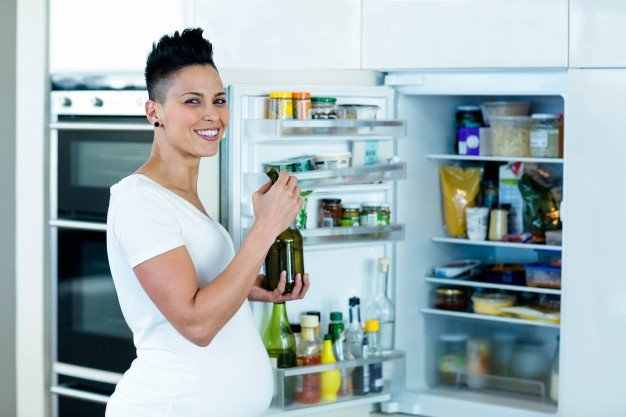 Have you ever had any cravings for ice cream in the evening, especially at night? You are not alone. A lot of people have unexplainable late-night food cravings for foods that aren’t considered healthy.

Although not every people talk about it, late-night cravings are common for everyone. While others crave junk food in the morning, others have a strong desire to eat sugary foods the entire day. But why is it happening?

The Reason Behind Late-Night Cravings:

People with an insatiable desire to eat foods often show other signs and symptoms of Night Eating Syndrome (NES). They usually eat large amounts of their total food intake after dinner and often wakes up in the middle of the night to eat.

Most people diagnosed with this condition also finds it difficult to sleep, especially when they couldn’t satisfy their cravings. They also don’t have much appetite in the morning but becomes a voracious eater at night. Although others naturally don’t eat breakfast in the morning, having a ravenous craving for food at night can be a sign that there’s a problem.

Not Everyone Who Craves Sugary Treats at Night Has NES:

Uncontrollable cravings late at night may be one of the primary symptoms of NES. But having similar needs occasionally doesn’t mean that already have an eating disorder. There is another logical reason why you wake up at night thinking of food.

One reason could be a disruption in your body clock. Circadian disruption occurs when your waking, sleeping, and digestive systems get thrown off. Circadian rhythm is your body clock designed to regulate a person’s feelings of wakefulness and sleepiness for the entire 24-hour period.

A person’s body clock gets regulated by various external factors such as the brightness of the light or even your eating habits. Stress can also be a factor why a person’s body clock can change from time to time. But there are times when our environment is partly to blame for its disruption.

Our lifestyle has changed over the past couple of years. Now, technology has become engraved in our lifestyles that it’s almost impossible not to get thrown off by it. Even staring at computer screens can disrupt your sleeping pattern if done regularly.

Having a pizza by the slice in Vancouver is not entirely wrong. After all, there are times when you need to reward yourself. But eating loads of ice cream and other sugary treats every night can be a problem. That’s why you need to manage your cravings before they cause problems.

Retraining healthy circadian rhythms are the best solution to your problem. You can start by practicing good sleep hygiene and avoiding bright blue lights before going to bed. You should also try eating something in the morning, even when you’re not hungry. Doing so can help you retrain your stomach’s internal clock so that you’ll get used to the right eating time.

Having some cravings now and then doesn’t mean that you already have an eating problem. But watching your eating behavior is always an excellent idea, especially if you want to watch over your weight.

That’s Entertainment! A Look Behind the Life of Glitz and Glamour

Tips To Check Out When Buying The...

Top 5 Cafes in the Sutherland Shire

What Beverage to Drink In the Morning...

Top Eight Facts That You Should Know...