Home TechnologyGadgets What is a Bullpup Rifle and How Does it Compare to More Traditional Models?
Gadgets

What is a Bullpup Rifle and How Does it Compare to More Traditional Models? 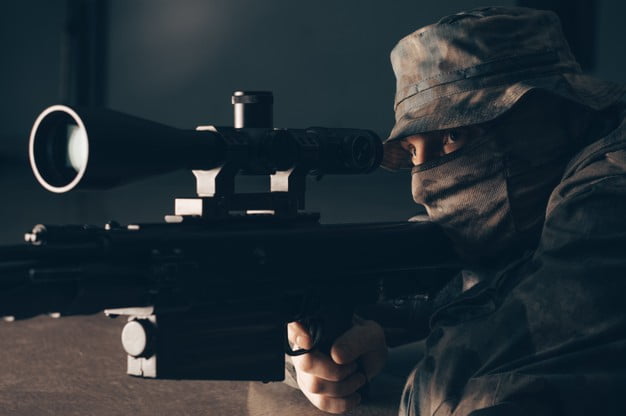 What is a bullpup rifle?

Well, bullpups have the action situated behind their firing grip. Put plainly, it’s the portion of the gun in which the bolt, barrel, and magazine meet and is located behind the trigger rather than in front of it, similar to traditional guns. Because bullpups differ in their design from their conventional counterparts, they must be handled differently.

While shooting a bullpup firearm, you will have to hold the gun closer to the body when shooting and aiming.  This, along with the realization that bullpup firearms usually have shorter lengths overall, makes them fantastic for shooting in small spaces.

How does a bullpup rifle compare to a more traditional model?

The majority of rifles follow an order of construction, whether semi-automatic or manually cycled, with the trigger situated behind or beneath the magazine and action. Picture an AR-15 or Remington 700, and where their magazines sit in front of the trigger guard. It’s the most familiar configuration for long guns; however, depending upon their application may result in especially long guns.

Enter bullpup firearms, a design that flips this configuration around. Bullpups put the magazine and action behind the trigger assembly and nearer to a shooter’s body. The chamber is further to the back, so the barrel is also moved backward, and might eliminate the necessity for longer buttstocks. That results in possibly more maneuverable and shorter rifles that have the same barrel length as their traditional cousins.

While the precise bullpup rifle origins are not clear, many gun historians point to the 1901 carbine by James Baird Thorneycroft as the original bullpup made in history. All throughout the coming 100 years, multiple bullpup designs were developed by firearm makers worldwide.

Those bullpup firearms have compact, futuristic aesthetics, and definitely can shave ounces and inches from a rifle; however, are they proper for you, as well as your shooting needs? How will it compare with a standard rifle as far as performance is concerned? We objectively look into a comparison and list the pros and cons:

Length and size of rifles:

With its trigger moved in front of its magazine, a shooter’s shoulder now can directly absorb the recoil of the action without having to compromise the ergonomics of the system. Bullpups, on average, is 25% shorter when constructed on the same platform.

With their trigger positioned all of the ways back at the firing mechanism’s end, the design requires a stock for a shooter to comfortably aim and hold the rifle.

Balance and weight of rifles:

A bullpup is occasionally cited with the downside of being “back heavy” with all of the weight of the magazine and action being at the back of the platform. That might result in a “muzzle rise” within the fully automatic mode. But this downside often is overstated because of the realization that the weight rests near a shooter’s upper body with forces that act against the shoulder, and thereby is easily balanced and supported.

If both platforms feature the exact same barrel length, the accuracy ought to be similar. But shooters accustomed to the ergonomics of one platform might have to adjust their mechanics while moving between the two and might take a bit of time to get accustomed to the new setup. Like all marksmanship, training, and practice is the secret to improving accuracy.

Typically, bullpup rifles have a greater “height over bore,” or sight offset. For instance, the IWI Tavor’s sights are nearly 4” over the bore, as compared with an AR-15, which is as low as 2.5”.

That might not be a factor for a long-range shooter, yet while considering close-quarters tactical rifles for home defense or law enforcement purposes, users might discover themselves compensating for that significant sight offset for close-up shots.

Also, shooting through a portal or from a structure like a window requires more care utilizing a bullpup as the muzzle has to be clear of the structure in order to ensure clear placement of the shot. Just because it’s possible to view the target does not mean the bullet will hit it.

An ejection port has been the main downside of bullpup systems. Due to the action being so close to a shooter’s face, changing from left to right or from vice-versa in the course might be challenging because the spent cartridges might be ejecting directly into the shooter’s face and upper body. Some bullpup firearms solved that problem by ejecting casings downwards, such as the P90, or forward, like the RFB or FN 2000.

The majority of traditional rifles feature an ejection port nestled on either the left or right of the gun. Due to the position of the port being relative to a shooter’s face, left-handed shooters still can use the rifle using a right-handed ejection port without the fear of being struck in the face by a spent brass. Some firearms offer shooters the capability of switching ejection ports to fit their preferred position of shooting.

The trigger pull of the rifle:

Bullpup rifles use trigger linkages between the action in the rear of the rifle and the forward trigger mechanism. As with anything mechanical, additional parts get exposed to extra stresses and sometimes are cited as a platform weakness.

Over time, traditional rifles perfected trigger mechanisms. In being immediately located close to the action, there are fewer issues that arise with the triggers.

With that said, the ideal method of discovering which platform works better for you includes investing time at a range with a rifle, as practical, hands-on experience is irreplaceable. If you cannot afford to splurge and buy a gun to test it, locate a range offering rental guns, or talk to colleagues or friends in shooting circles and gun clubs that might permit you to use theirs.

5 Tips on Buying Steroids from an Online Store

Steps To Choosing The Right Keyboard For...

Oris Wrist Watches To Watchout For In...

Is It Better to Have a Gaming...

Corded or Cordless Vacuum Cleaners: Which One...

Write On! What’s the Best Computer for...