Home TechnologyScience Who Was The First Person On Earth? Science & Myths
Science

Who Was The First Person On Earth? Science & Myths 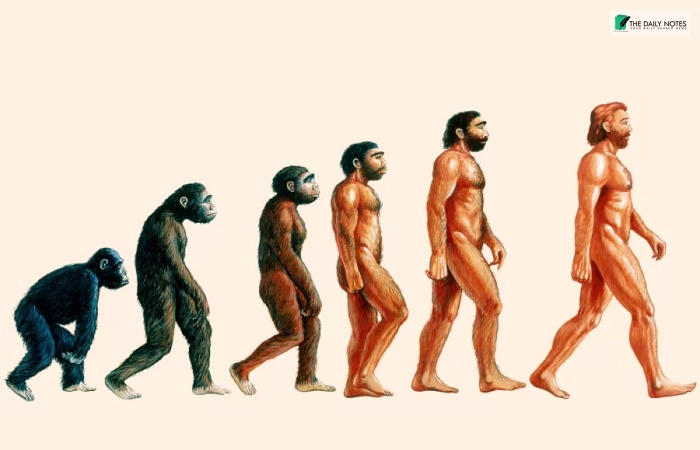 I sat on the rooftop, talking to my best friend, Tommy. When we hang out, we talk about the universe, the big bang, human evolution, biblical stories and ice creams.

All of a sudden, Tommy asked, “who was the first person on earth?” I said, Adam! He turned towards me in awe. It was like he wasn’t happy with the answer. Like, that cannot be completely true. But his eyes kind of believed what his ears heard.

But was it really Adam? How did the first man on earth survive? What happened to their heirs? It is a daunting question, and I have tried my best to find an answer for Tommy and for all of you.

(PS: I’m making Tommy up, I don’t have a best friend. Like all the shut-ins in the universe, I am completely alone.)

I understand that the man did not fall from the sky. But it does not hurt to read what the sky (The Book of Genesis) has to say about it. So, I told Tommy that God was so bored, so one day, he (she/they?) decided to create playthings. 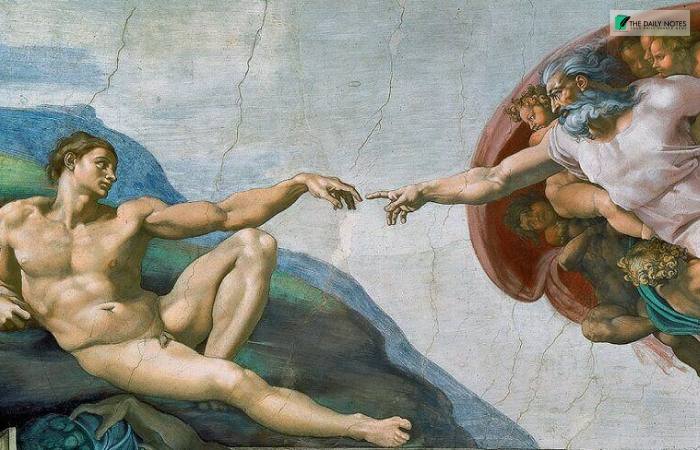 One day God took some clay from a pale blue planet called earth and created the first man called Adam, and placed him in the Garden of Eden. Adam was feeling lonely, so God created a woman to keep him company. They had all the happiness in Eden, but they went out on a little adventure and ate the fruit of knowledge.

Angry with their act of disobedience, God condemned both Adam and Eve to earth. That’s how both Adam and Eve came to this little ( read big) planet called earth. So, the first person on earth was not a single person. They were a couple (did you think everyone’s single like you?)

Anyways, the myth of Genesys is accepted by Christianity, Islam, and subsequently Judaism. So, if you ask me who was the first person to die on earth, then my answer would be Adam.

A Long Long Time Ago…

Tommy said, “that is a myth. But who do you think was the first person on earth to evolve?” I said, “like, in the human evolution from the monkeys?” Tommy chuckled, “yes, from the monkeys.”

The First Life On Earth 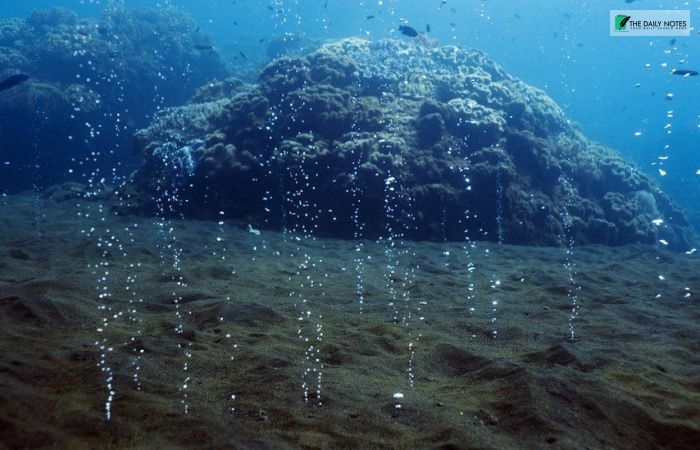 A long, long time ago (presumably 3.5 billion years), the first life was born underwater when the global continents were still forming. No oxygen was in the air, and these lives were not visible to the naked eyes.

Time moved forward, the earth changed, and so did these unseeable life forms. But, even until 1.8 or 800 million years ago, the largest part of life was a slime (no, not that anime again). 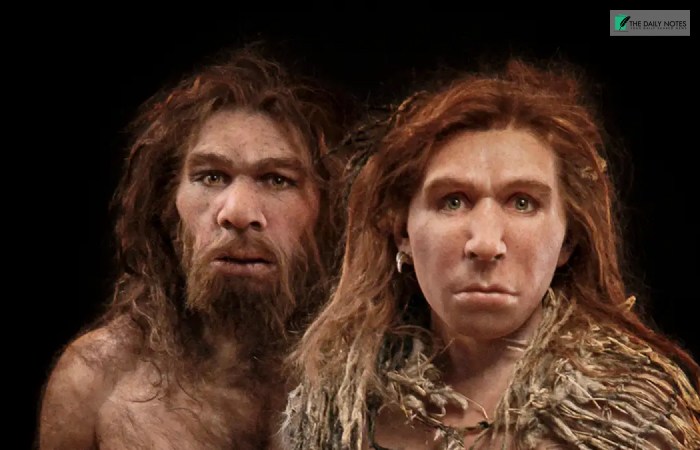 Also, other ideas suggest that there was no first person on earth. Instead, multiple beings evolved at once.

According to this idea, the homo sapiens separated from the Chimpanzee family. As a result, the evolution happened to not one, but to a group of males and females. And that is how our grandpas, grandmas, me and Tommy came to be, after millions of years of evolution.

Tommy Didn’t Know He Was A Homo Sapiens.

“So, the species we belong to is Homo Sapiens?” Tommy Asked. I replied, “you didn’t know?”. Well, we all are Homo Sapiens, so we were the first Homo Sapiens whose skeleton the archaeologists found in Morocco; and guess what, it is 300000 years old, and they did not have an iPhone like you and me.

According to archaeologists and scientists, the first Homo Sapiens lived during the same time as the Neanderthals and the Denisovans. But there are lots of tedious arguments about that.

It Was Old ‘Lucy’, Not Scarlett Johansson

Who was the first person on earth? Some theories suggest that it was Lucy( I’m not talking about that sci-fi movie starring Scarlett Johansson). Lucy was the first Hominin, who split from the rest of the human family, including the Chimpanzee and the Gorilla. 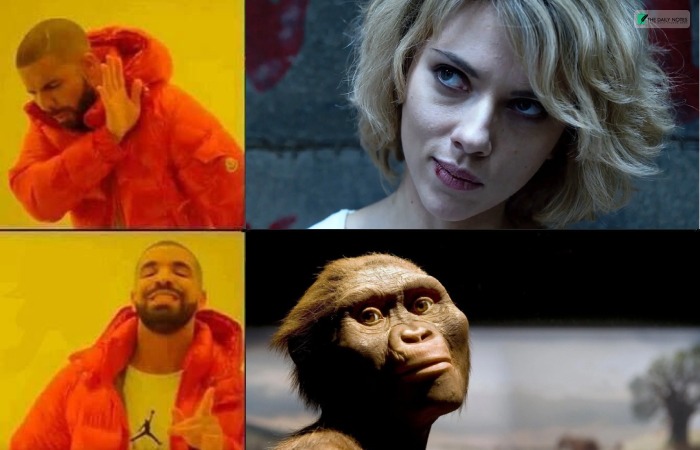 It is unknown who our Great great great ancestor is, but some scientists like to think Australopithecus Afarensis is the proper answer.

The fossil of Lucy Found in Ethiopia suggests that she, indeed, walked upright and could use tools made of stone like Tommy here. Lucy had hair all over her body when she was alive, 3.18 million years ago.

Lucy was probably the same height as the modern human, and she was probably the first Hominin to split and start the human evolution leading to me, Tommy and the person reading this gibberish.

It Was Vandal Savage

Tommy was now excited. He said, “do you remember that Justice League animated episode?” I asked, which one? He replied, “the one with Vandal Savage.” Sixty-five million years ago, a catastrophic asteroid hit the earth and Dinosaurs and anything that weighed around 25 kilograms died. 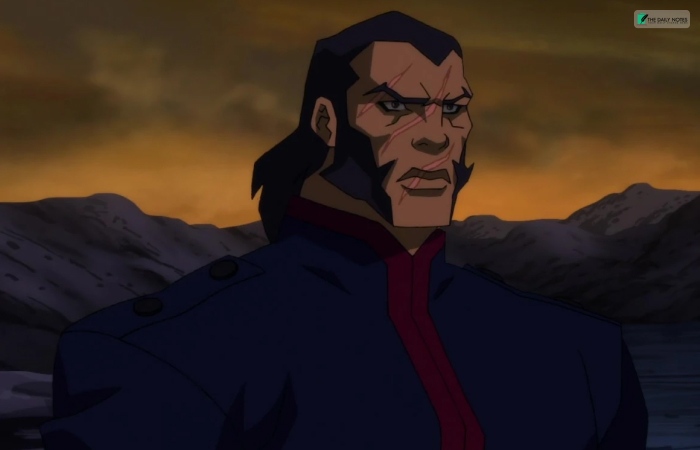 Some Chimpanzees who lived far were alive. A bunch of them came to the asteroid, and most of them died due to radiation, except for one Chimpanzee who lived and became Vandal Savage. Vandal Savage was the first human being on earth and the first metahuman. Tommy interrupted, “no, that wasn’t how it happened; the story was different; you made it up.”

Tommy kept annoying the rest since I ruined his Justice League nostalgia. He kept asking me these questions. You know how Tommy can be.

I will go with the popular archaeological assumption and say that it was Lucy. Lucy was the first ever Skeleton of the Homo Sapiens dating back to 300000 years.

2. Who Was The First Person To Die On Earth?

If Adam was the first man on earth, it was basically him to die first. You know how men can be; they are less careful and die too young.

4.5 billion years ago, after the solar system settled down when the force of gravity pulled dust and swirling gas and formed this blue planet. Or it could also be an old dude with silver hair and a beard like Gandalf in Lord of The Rings.

I was laughing so hard, and Tommy was acting annoyed. It was late at night. I heard some footsteps on the stairs; It was dad. He yelled at me, “who are you talking to?” I said, “no one”. Then I asked him, “Hey dad, who was the first person on earth?” Dad replied, “it was me, your dad; now come downstairs; the dinner is getting cold.”

I followed him downstairs, whispering to myself, “Homo Sapiens Sapiens!”

Shahnawaz is a passionate and professional Content writer. He loves to read, write, draw and share his knowledge in different niches like Technology, Cryptocurrency, Travel,Social Media, Social Media Marketing, and Healthcare.

5 Ways To Get Money Back That We Ignore

7 Great Things To Consider Before Launching Your First Super Shop

When Should I Consider Getting A Paternity...

Boost your Productivity in Diamond Drilling