7 Signs You Are In A Toxic Work Environment 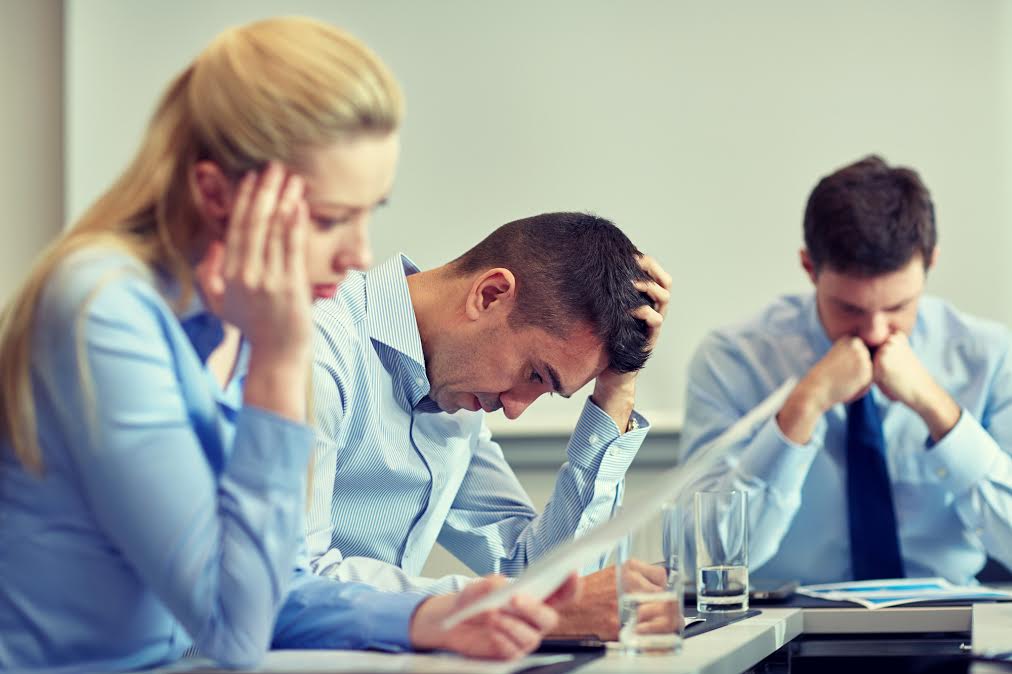 A little over 52% of American workers are unhappy with their jobs.

There are a lot of common complaints that make that statistic so high. They include things like low wages, poor policy for vacation and sick leave, and no available health care plans.

On the more severe spectrum, there are people who suffer from a toxic work environment. It’s not that they dislike their job. Their job is causing high amounts of stress, mental exhaustion, and other complications.

It can be difficult to know when a job crosses the line from normal work problems to toxicity.

Check out the tell-tale signs listed below to find out if your own job is unhealthy.

When working with other people, communication isn’t always going to be on point. There may be times when an important bit of information falls to the wayside, or someone forgets to tell you about an upcoming meeting.

It’s pretty normal when these things happen from time to time.

Workers need to be able to rely on complete transparency between all groups. Communication should be clear between all levels in your workplace. You shouldn’t have to go seeking out vital information every day, and the information you’re given should always be correct.

If severe problems in communication happen all the time, especially if it’s intentional, that’s a sign of an unhealthy workplace.

Your boss should encourage your career path. Leaders in any workplace need to have their employee’s best interests in mind. Feeling as though your boss doesn’t care can be a frustrating and depressing experience.

There are many ways in which a toxic boss can keep you from reaching your potential.

You’re often given busywork to keep you from doing your real job. You are passed over for a promotion that you are more than qualified for multiple times. The boss shows favoritism to other workers.

It’s not a good work environment if you can’t move up the career ladder due to a boss that is trying to sabotage you.

Policies and Procedures Are Inconsistent :

Any workplace should be clear and up-front about the rules that are set in place. These rules are meant to protect workers and reprimand terrible behaviors.

Company policies should be administered the same throughout the workplace, no matter who might be the person in question. If a worker can’t trust in their job’s policies, how can they feel safe in the workplace?

For example, sexual harassment at work is something that all companies should take seriously.

If you are having trouble having your voice heard by those above you, then it’s a clear sign of an unhealthy job. You should seek outside help from US Attorneys to ensure your case is brought to justice.

Dealing with high amounts of stress can make you sick. It could be a cold that doesn’t seem to leave the office or a general feeling of extreme exhaustion. Problems with digestion, depression, and even heart problems can result from chronic stress.

If it feels as though people are calling out far more often than normal, that’s a sign that there is toxicity in the workplace. It could very well be the reason behind why you never seem capable of healing from that cold two months ago.

It can be draining to work in such a workplace. And it’s likely that you are not the only feeling the kind of detrimental illnesses that come along with that kind of toxicity.

Take a good look around you and note how often your fellow employees call out. Take the time to evaluate how you are feeling every day when you walk into work, as well as when you go home.

This information can help you determine whether your workplace is toxic or not.

It can feel isolating to be the only person in the workplace who seems to take the job to heart.

You could have colleagues that are always late to arrive but early to leave. They don’t follow the dress code or take off their shoes as if they were back home. It could be that they spend more time gossiping and eating snacks than doing work.

All of these point towards a less-than-ideal work environment that you should speak to HR or your boss about.

Confidence isn’t misplaced in any job. It’s good to have confidence in your abilities and feel as though you’ve got everything covered.

It’s when this kind of behavior lashes out to other people that it becomes a serious problem.

Narcissism in other employees can be difficult enough to deal with. But when a superior on a power trip can be the worst.

Narcissism in a boss can be tricky to spot sometimes. Often those toxic qualities are mixed up with the qualities of leadership.

A narcissistic boss is one who feels as though they’re above the rules or that they can do no wrong. They use their higher position to belittle their workers. They don’t do much work on their own but demand a lot from others.

This kind of behavior often is a sign of a toxic workplace.

Your Opinions Are Ignored :

You shouldn’t ever feel as though you don’t have a say in the company. Even if you are a newcomer starting out, your voice should be heard at all times.

A good boss should want to hear from every one, no matter what.

Don’t Be Afraid to Leave a Toxic Work Environment :

No one should feel as though they’re stuck in a toxic job. It can be mentally and physically draining.

It can also be the cause of problems even after you’ve gone home. A kind of lingering aftershock after the toxic earthquake.

If any of these signs are prominent in your current job, it may be time to get yourself out of that toxic work environment. It’s far too easy to fall into the loop of “dealing with it”, but no one deserves that.

There are far better options for you out there.

Please contact us with any questions or concerns you may have!

Why You Should Make Pillow Selection a Top Priority

How to Keep Summer Day Drinking From Going Terribly Wrong

4 fresh start new careers for the...

The Multiple Benefits of On-the-job Training

4 Productive Things You Can Do While...

Is Your Career on Firm Ground?

Signs You Need To Look For A...

The Reasons to Take a Project Management...

6 Tips for Orthopedic Practices As the...