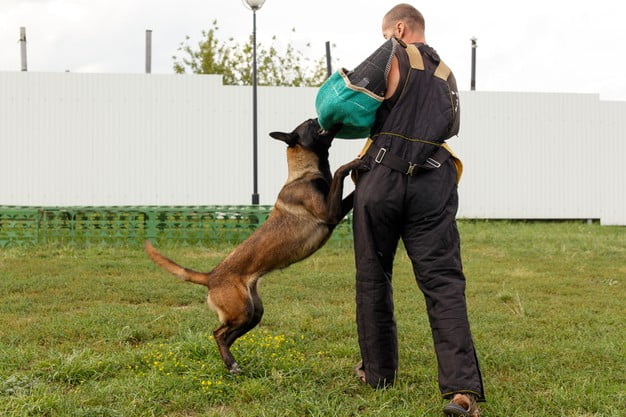 We take a closer look at dogs, biting, and what you should do if you’re ever bitten by a dog.

Where are You Most Likely to Get Bitten by a Dog?

If you’re a cyclist who has been chased by an enthusiastic dog who seems set on getting a taste of your ankles or has confronted a snarling dog during what you thought would be a relaxed stroll, you might guess that you’re likeliest to get bitten while on the street.

But before you start regarding your pet pooch with suspicion, let’s remember that actually dying from a dog attack is less likely than meeting your end in an air crash or after being attacked by hornets. As risks go, dog bites aren’t a big one. 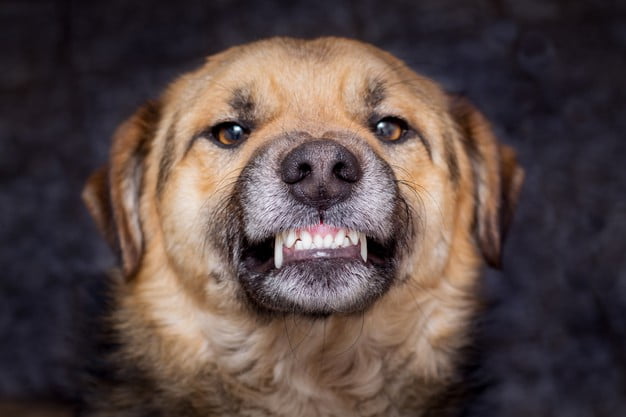 There are plenty of reasons why dogs bite, but the point is that there always is a reason. You might think you weren’t doing anything to upset a dog that bit you, but the dog does. That’s why he bit you.

In the first place, we have bites and nips during play, when a dog gets over-excited. It’s possibly one of the reasons why children are in the majority when it comes to dog bites. They’re excited; the dog’s excited; and the next thing, Fido is playing like a puppy in the truest sense – and that includes nips. Even ordinarily placid dog breeds that are great as family dogs can get over-excited and bite during play.

But dogs also bite when they’re being protective of property, owners, or a litter of pups. And biting can also be a panic response. We’ve all heard of “fight or flight” reactions.

Nervous dog breeds and some of the smaller dog breeds are often biters when they start feeling uncomfortable about situations. The dog breed most likely to bite is a chihuahua. With his small stature, it’s understandable that living in a world of giants can be scary at times.

Finally, we have self-defense. A dog who is in pain and doesn’t want to be touched is quite capable of biting just to get you to back off.

Here’s the good news. Biting is not necessarily an incurable behavioral problem. Once you can ascertain the reason for biting, you can go about addressing it, either through training or by avoiding the kind of situation that prompts your dog to be aggressive.

How to Avoid Getting Bitten?

Let’s suppose you find yourself confronted by a dog you don’t know. What Should you do? Avoid looking him in the eye. Whatever you do, don’t run away. Speak sternly and calmly and either hold your ground or back away. If he isn’t giving any threat display but isn’t showing “friendly” body language either,  just let him approach, but don’t try to pet him.

Do respect a dog’s space, especially if he isn’t your dog. Petting dogs over fences, for example, is an invasion of territory.  You should also not disturb a dog who is eating or sleeping. These are times when he can be easily startled and might turn on you. Bitches with puppies are also super-protective and should be treated with caution.

Finally, we have a situation in which a dog is actively trying to bite you. If you have a jacket, a bag, or some other object handy, let him bite it. It’s better than getting bitten yourself. If there’s nothing else for it and you’ve been knocked over, curl up into a ball, cover your head with your hands, and lie still.

What to Do if You’ve Been Bitten? 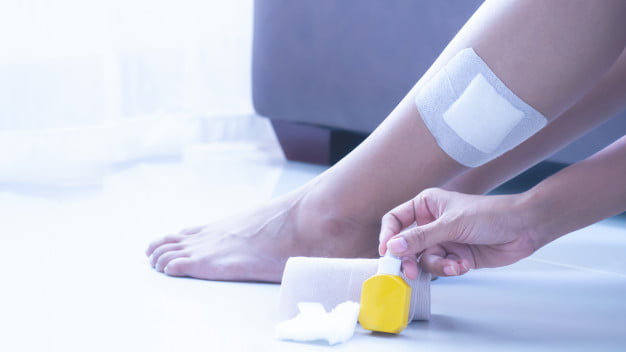 Most dog bites aren’t all that serious, but you do need to pay special attention to dog bites if the skin has been broken. The first step, according to Dr. Madsen, an emergency room physician, is to wash the site under warm running water and flush it out well. He says that the biggest problem with animal bites is an infection, so getting any wound properly cleaned is a priority.

If you haven’t had an anti-tetanus shot in the last five years, you should visit a doctor and get one. That’s not to say you will get tetanus if you don’t take this step, but it’s a sensible precaution to take against an unpleasant, though relatively unlikely, possibility.

Naturally, you will get emergency medical treatment if the wound is particularly deep or is bleeding heavily. However, bruises or mild lacerations are more common than bites requiring urgent medical attention.

According to Dr. Masden, the main thing to do is to watch out for signs of infection, and if you suspect that a dog bite is getting infected, it’s time to see a doctor.

Which Type Of Portfolio Might A Young Investor Who Is Not Afraid Of Risk Choose?

This Is How to Take Care of...

Different Types Of Huskies With Images And...

Talisman Casualty Tips on What to Know...

Why Should You Choose Hornworms for Your...

How To Pay For Veterinary Costs?

How Using Hemp Oil Can Be of...